In operation since 1979, custom injection molder PRD, Inc., Springville, Indiana, is known worldwide for its molding components used in LED applications in automotive, municipal, signage and industrial uses. Currently, the company has 63 injection molding presses ranging from 20 to 610 tons in its facility’s 72,000 square feet. The most noticeable parts produced at PRD, according to President John Passanisi, are in automotive applications, such as headlights, taillights, daytime running lights and side marker lights. “The industry is exploding now that consumers want this type of lighting on all levels of vehicles,” he explained.

Opportunity came knocking on PRD’s door when one of its large customers approached the company after an unsuccessful search in finding a supplier for an LED cap. “We were invited by an existing customer to quote on making a tool and running LED caps for Mercedes-Benz,” Passanisi explained. “It was a huge risk for us because it would require a special injection molding press that would only run about 20 percent of the time.” PRD decided to accept the challenge, purchased the necessary equipment and proceeded to build the mold. Thereafter, the customer increased the volume in such a way that the entire press was consumed – even running overtime on weekends. From that point on, other customers took notice of PRD’s new capability, and as Passanisi said, “The floodgates opened!”

Brandon Walker, project engineer with a specialty in optics, explained that PRD’s focus has been moving into the molding and photometric testing of LED parts. “It’s been a really good niche growth area for us,” Walker acknowledged. With this new focus, PRD decided to go a step further in 2016 by adding 1,440 square feet to house its new testing lab. Instead of only producing the parts, PRD now can test them in this lab.

The room designed specifically for the optics testing, sometimes referred to as the “tunnel” by employees, consists of a camera and fixtures that test customer requirements for various lighting applications. The walls and all reflective surfaces are painted black. At the end of the 10-meter room is a diffuse white surface where measurements are conducted. At the 10-meter mark, an employee will light up, for example, a primary optic headlight for a vehicle. This will create a pattern on the white diffuse surface where a special camera, called an imaging colorimeter, will take a picture of the pattern. The camera enables the employee to take several different measurements, e.g., color and intensity. One of the main measurements being done now is called luminous intensity – an industry standard ECE/SAE measurement used by headlight manufacturers in end-of-line testing to certify their lenses. However, as Walker clarified, “We’re not certifying the whole assembly to legal/customer requirements; we’re just testing our own components.

When a customer sends PRD a certified light engine and necessary mating components for testing, employees first will load and unload their own individual parts and take the measurements. Then, working with the customer’s optical engineers, the team will set up parameters so a pass/fail condition is established. Next, the quality assurance auditors test a specified number of parts throughout the day to see if they are passing or failing. This testing system guarantees that if parts fail, employees are alerted that something has changed and they must check the parts. “It’s a really good method for us to monitor our process and catch changes that may not manifest in a dimensional report,” Walker declared. Furthermore, this is not an end-of-line testing, but it is a sure way to catch something that is critical.

PRD also conducts light pipe transmittance and color shift testing in its new lab. Utilizing a 10-inch sphere lined with a diffuse polytetrafluoroethylene (PTFE) coating on the inside, employees insert an LED on one side. A base reading of the LED is taken, giving the color coordinates and total luminous flux. Then one end of the light pipe is placed inside the sphere, with the LED attached to the other. A measurement is recorded and compared to the base reading to calculate total light loss and color shift.

“We’re able to measure if the resin and our process are creating good parts by making sure the transmitted light isn’t shifting outside the specified parameters and if the material is clear enough for the customer’s requirements,” Walker stated.

Currently, Walker and another employee are charged with finalizing everything in the lab. As of now, the setup allows for measurements on a few specific parts that are in production, but PRD still is in the process of training the quality assurance techs to take over. Upon completion, the pair plan to develop a graphic user interface (GUI) to simplify the programs and allow the quality auditors to click through in a streamlined process. “We want to make this a simple process where an employee will go in, turn on the light, load the part for testing, click a button to take the measurement and record it, unload the part and load the next one, and repeat until all parts are finished. Once all the parts are finished, the fixtures will be swapped out and the process is repeated,” said Walker. Despite being a complicated system, it eventually will be a smooth and efficient procedure.

The employees do not need special external certification, “but we train them on the actual procedure to make sure they understand the entire process,” he added. A user manual will be made available for reference in case the employees have any issues they need to look up.

Walker and Passanisi say the benefits of adding this lab have been incredible. The fact that the testing can be performed in conjunction with the molding allows PRD to save time and money. There is no waiting until the parts get to the customer to receive feedback. By checking in process, employees know right away if they start making bad parts, saving precious production time. “It’s not like we’re going to lose a week’s worth of parts that we’re just going to have to throw out,” Walker continued. “We can catch the deviation immediately and then correct the process.”

The second benefit is in regards to the Design of Experiments (DOE). With the optics, several process variables need to be changed and tweaked to get perfect parts, but there’s a small process window. “The lab allows us to check the various processes in our DOE to ensure that we’re changing the correct variables to make good parts,” Walker emphasized. This speeds up the whole development process and allows the molding manager to see the results of the tweaking to determine what will happen to the optic without having to wait for customer feedback.

PRD is just one of a few companies throughout the country that can produce the parts to these exacting specifications, as well as test them to then prove the parts meet a customer’s requirements. “We don’t know of more than about a handful of companies like us, so we are really on the cutting edge,” Passanisi reported. Right now, PRD has five customers that require this technology, with the potential for many more. The company is scheduled to complete an additional 18,000 square feet this spring, with the possibility of adding another 14 presses.

Understanding Cleanrooms and Their Successful Use in Plastics Decoration 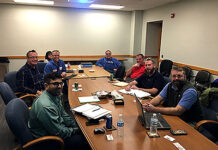 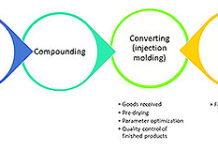