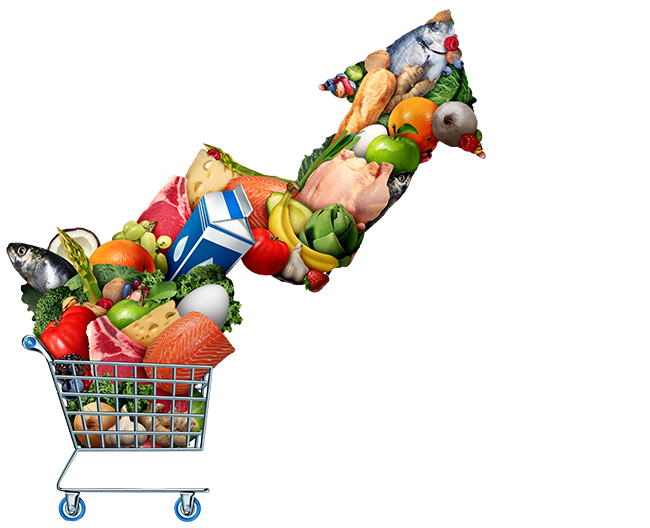 Is the sky falling? Are we all doomed? Are we on the cusp of stagflation or hyper-inflation? Is this the beginning of the worst recession since the 1930s? The short answer is… No.

The frothy coverage of the economy has been an exercise in extremes, and one has to wonder why – especially when we look at the actual data. The signals that are being sent are not all that dire. This is not to say there are no problems to be aware of, and there are most definitely some impending threats, but the near hysteria that shows up almost hourly is not justified by the facts – at least not as they are emerging right now. Why do some economists present these extremely pessimistic assessments and assert that a major catastrophe lies ahead?

The truth is that economists are not all that good at forecasting and predicting, despite the fact this is supposed to be our job. The reality is that we have predicted 13 of the last three recessions. The comparisons between an economist and a meteorologist are not flattering, but both professions have the same challenge. The data changes – and fast.

The real purpose of the dire economic forecast is to warn. It essentially is pointing out that the economy is headed for a brick wall unless something changes. The prediction of a major recession in 2030 or 2035 or 2050 is nothing more than a call to action. If the issues that are affecting the economy are not dealt with, the likely outcome will indeed be the recession or other economic calamity that has been forecast.

The predictions of doom and gloom are designed to call attention to five major issues that demand attention, and sooner rather than later. All five are driving the negative performance of the current economy. None of these will be easy to deal with, and failure to either prepare for the impact or find a way to avert the disaster will indeed mean the economy could be headed for strains that significantly will hamper growth.

At the top of the list is energy. The current inflation surge has been created almost entirely by higher energy prices – everything from oil and gas to coal and all the alternatives. The demand for energy currently exceeds the ability to meet that demand, and we are all very much aware of why. This is an economic crisis visited upon us by geopolitics. Essentially cutting off the third largest oil and gas producer in the world is going to reverberate.

But, it goes beyond the Ukraine war. How is the phasing out of fossil fuel going to happen when the world is 75% dependent on this source of energy? Moves to address one problem create new ones. If California really does succeed in demanding a vehicle fleet that is electric and accounts for 45% of vehicles, at least 300 new power plants will be needed – and most would be fueled by coal or gas or oil (unless people get over their aversion to nuclear power).

Next up is the supply chain. It is safe to assume that the old system will never return. The breakdown in globalization has been due to everything from geopolitical tension to the desire on the part of companies to have better control of their processes. It is estimated there will be a trillion dollars of reshoring in the US this year alone. Nearly 70% of those doing business in China want to shift significant production to the US or at least to North America. Robotics and technology allow companies in the US and Europe to compete with those low-production-cost platforms in other countries.

Despite these moves, China and other nations provide trillions of dollars of goods to the US and the rest of the world, which means that the reshoring effort will not eliminate the importation of material from China and elsewhere, but the dependence that has developed on the Chinese export sector will diminish.

Along with the effort to bring production back to the US, there will be diversification when it comes to these overseas sources. There will be an expansion to other Asian states such as Vietnam, Thailand and Malaysia, and there will be efforts to expand to more Latin markets, such as Colombia and Brazil. Even states in Africa, such as Nigeria, South Africa, Ghana and Kenya, will see efforts to expand. It is important to note that all these nations provide opportunities but also challenges.

Number three is the labor issue. The worker shortage is not new and should have been anticipated – it is simple demographics. The Baby Boom generation is in the middle of its retirement phase, and, in the last six years, the economy has lost over 26 million Boomers to retirement. They continue to hit the age of retirement at the rate of 10,000 per day, and these are not people that are easy to replace. The shortage of workers means wages are spiking – and fast enough to create real concern regarding inflation.

The most common means by which companies find their new workforce is poaching the needed worker from another company. Poaching means the company will have to pay that worker more than the worker was making in order to lure him or her away and the company that fears being poached will have to pay their own workers more to keep them. There is no quick fix – no ready population to be brought into the workforce. Unlike past years, the answer doesn’t lie in expanded immigration as those clamoring to come to the US lack the needed skills.

The only solution is training and education, but that is time-consuming and demands workers willing to get that training and education. Those who have not examined the issue make the glib comment that companies need to train their own people, but the reality is that 75% of manufacturers in the US have fewer than 25 employees.

This means the company is going to ask a senior worker to take on the task of training the new guy. Usually, this is in addition to his or her existing duties, and most are unhappy about this extra responsibility. That makes them prime targets for a poaching move. The industry needs a pipeline – one from community colleges and trade schools and high schools – but thus far, this pipeline is woefully inadequate.

The fourth challenge is connected to both the labor issue and the supply chain. Companies that struggle to find the people they want to hire will turn increasingly to automation and robotics. This already has occurred in the manufacturing sector, and now the automation revolution has reached the service sector, with developments such as online buying, self-serve retail and complete conversion to consumer-driven interactions. The technology demands a higher-level worker, and these are in even shorter supply than employees with other skills.

The future is one of cobots – people interacting with and working alongside machines that have the ability to do their own problem-solving. It is the robot and technology revolution that has spurred so much of the reshoring effort as the machines allow US companies to compete with the low-wage and low-production-cost operations overseas.

The last of these challenges will be the most complex. Governments feel compelled to regulate, direct and tax. All of these decisions shape business strategy as well as the behavior of the workforce. The mission of a given government program may make sense in a certain context, but the most salient law of economics is the law of unintended consequences.

If a decision is made to move sharply away from fossil fuels toward alternatives like the electric vehicle, what does that mean for the petrochemical business? The shortages of gas and oil already have had profound implications for all manner of plastic production – everything from outright shortages to much higher prices. To some degree, the war on plastics has been pushed by government concern regarding the environment, but finding effective alternatives has proven very difficult.

The bottom line is that these issues have to be dealt with… and soon. If there is a real threat of recession in a few years or a decade, it will be because these crisis situations were not faced up to in the present. 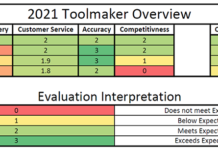 An Effective Approach to Toolmaker Evaluations 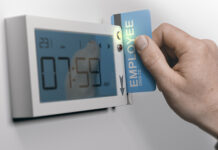