A project that began as a way to celebrate Chem-Trend’s 50th anniversary in 2010 has since generated more than four tons of produce for a Howell, MI-based charity. Situated on the grounds of the company’s North American and global headquarters, the Giving Garden produces about 20 different types of vegetables annually.

“The garden was seen as an opportunity for us to celebrate our history in the Howell community,” said Bret Miller, vice-president and general manager of Chem-Trend North America. It also served as a way “to give back to the community for the great environment that it has provided our organization over the years.”

Many communities have faced economic challenges in last few years, and towns in Michigan have been no exception. Miller said the company wanted to find a way to celebrate its long-term success while also helping to support those who were going through rough times. “The garden concept also fit perfectly with Chem-Trend’s culture as it was a collaborative effort among employees of all levels within the organization, allowing each to equally contribute ideas and effort,” he said.

Every year since its inception, the Giving Garden has been maintained by a combination of employees, their family members and other volunteers from the community. “Most of the work is done during off-hours, however employees also are given the opportunity to work in the garden an hour each week during their work time,” Miller said.

All of the produce grown in the garden has been donated to Gleaners Food Bank of Livingston County. But the project has become much more than a way to give back to the Howell community. “Chem-Trend employees have benefited through an increased sense of pride that they are able to do positive things to help their neighbors and community,” Miller said. “The garden has provided opportunities for employees who do not normally interact professionally on a day-to-day basis to interact while maintaining the garden, thus building and enhancing relationships within the organization.” 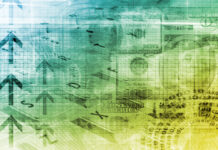 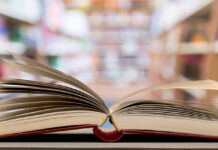