by The Tax Foundation

The federal medical device tax, which went into force on Jan. 1, will have an adverse effect on the medical device industry, consumers and the economy according to an analysis by the Tax Foundation. Economist Kyle Pomerleau found the provision represents poor tax policy and should be repealed.

The 2.3 percent excise tax on the manufacturers of medical devices is part of the Patient Protection and Affordable Care Act, which was signed into law by President Barack Obama in 2010. The provision is predicted to raise $3.2 billion dollars each year on average for the next ten years.

“This tax will result in higher health care costs, which undermines the objective of the Affordable Care Act,” Pomerleau said. “It also is likely that this tax will adversely affect employment, innovation and competition in the medical device industry, especially among small firms with slim margins.”

In the short term, manufacturers will try to pass the tax on to consumers in the form of higher prices. In fact, earlier this year, some hospitals expressed alarm that medical device manufacturers are beginning to bill them for the cost of the excise tax. Over the long term, however, the purchasing power of hospitals and health care organizations will reduce the ability of manufacturers to pass along the cost of the tax, likely leading to lower levels of investment in research and development and ultimately a loss of as many as 45,000 jobs nationwide.

In addition, the complexity of complying with the tax will create an additional burden on manufacturers, one that will disproportionately impact smaller companies. “For many medical device firms, adding one more person in the tax department likely means not adding one more scientist in the R&D laboratory,” said Pomerleau.

The Tax Foundation, a nonpartisan research organization in Washington, D.C., has monitored fiscal policy at the federal, state and local levels since 1937. For more information, call 202.464.5102 or email [email protected]. 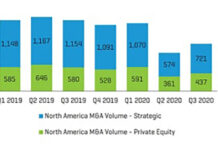