In 2021, the private and federal push for domestic supply of essential goods propelled reshoring and foreign direct investment (FDI) job announcements to a record 261,000, bringing the total jobs announced since 2010 to more than 1.3 million, according to the “Reshoring Initiative 2021 Data Report: Essential Product Industries Drive Job Announcements to Record High,” a report published semiannually by the Reshoring Initiative, Sarasota, Florida.

For the second year in a row, reshoring exceeded FDI by 100%, in contrast to the 2014–2019 period when FDI exceeded reshoring. Additionally, the number of companies reporting reshoring and FDI set a new record, with more than 1,800 companies.

“We publish this data semiannually to show companies that their peers are successfully reshoring and that they should reevaluate their sourcing and siting decisions,” said Harry Moser, founder and president of the Reshoring Initiative. “With 5 million manufacturing jobs still offshore, as measured by our $1.1 trillion/year goods trade deficit, there is potential for much more growth,” he added. Reshoring was the key to the US manufacturing and economic recovery in 2021 and is expected to remain strong in 2022.1

One company reshoring in 2022, Titus Group, has brought back manufacturing outsourced in China, Mexico and Singapore. “It was becoming more difficult to service customers quickly,” recalled Jim LeGacy, vice president of Sales and Marketing for Titus Group and Titus Precision. He explained, “We wanted to be able to rapidly respond to customers but were experiencing delays and had to double our inventory to compensate for longer lead times. With domestic production, there are no freight issues, no border issues, no port delays, and there is not a lot of cash tied up in inventory.”

To bring the outsourced production home, Titus Group bought Precision Plastics, a nearly 70-year-old injection molder in Columbia City, Indiana, and invested $4 million to prepare it to produce zinc die-cast and injection-molded parts such as connectors for the furniture and closet industry. Now known as Titus Precision, the facility also serves as the company’s North American distribution center.

Renovations began in February 2022, immediately following the January 2022 acquisition. Three electric injection molding machines were added, and eight new, high-speed zinc die-cast machines were installed, along with related finishing, degating, polishing, inspection and quality assurance systems. Reshored production started shortly thereafter and the transition was completed a few months later. Now parts are in stock or can be manufactured and delivered with a much shorter order-to-delivery turnaround.

Response from customers has been extremely positive. Business is up 24% as of mid-2022 compared to 2021, which was a record year. “We are having trouble keeping up with quoting,” reported LeGacy. He noted, “Many long-term customers that have been sourcing parts from China have established directives to source in North America to mitigate supply chain problems and headaches. Shifting that business to Titus Group simplifies the transition since it eliminates the need to locate a new supplier and establish a relationship.”

As time passes, LeGacy expects reshoring will bring even greater benefits. He said, within three years, the expanded domestic footprint “will allow the company to invest in new tools, expand the product line and accelerate new product launches. Plus, as the supply chain crisis eases and customers become more price-focused again, automation and local supply put us in a good position to be competitive. A lot of people talk about doing this; we have actually done it.”

The decision to reshore should not be made lightly. A complex endeavor, it ties into almost every current political issue – immigration, environmental sustainability, war, inflation, globalization, tariffs and trade deficits.

Although reshoring may not be practical for every product and service, it does make sense for agricultural products and products that:

For manufacturers who want to reshore, several steps can be taken to ensure a successful transition. First, Moser recommends “doing the math.” This means considering total cost of ownership (TCO) including factory price plus duty, freight, carrying costs and inventory. What investment in infrastructure, equipment, hiring, training, operation and shipping will be required? Can tooling be recovered? Are current prints and process specs in-house? How much time will each step toward reshoring take?

“By switching to TCO, companies will see that about 20% of what they now import from China can be sourced domestically without raising prices or cutting profits,” said Moser on June 9, 2022, in testimony before the US-China Economic and Security Review Commission’s Hearing on US-China Competition in Global Supply Chains.

Moser also advised streamlining and automating processes. He said, “The old system was not competitive. The new system must operate smarter.”

This includes reducing the cost and time it takes to quote and deliver by minimizing Manufacturing Critical path Time (MCT) and implementing Quick Response Manufacturing (QRM).2 Implementing higher levels of automation is imperative since it can minimize the impact of labor shortages and help control unit labor costs. Automation also positively impacts productivity, which Moser said has only increased 0.5% per year for the last 12 years in the US versus 6% per year in China.

Other recommendations include checking in with existing customers that also rely on offshore production to provide them with a path to bring back business. Moser said it’s important to discuss what-if scenarios like “What happens if China tries to take over Taiwan?” or “What happens if Germany’s factories encounter a shortage of natural gas this winter due to the Russian invasion of Ukraine and related trade sanctions?”

Once business has been reshored, it is essential to tout the success. Public acknowledgment not only proves competitiveness but also demonstrates to employees that the company is stable and not losing work to offshore operations. This knowledge also has a positive impact on potential workers.

From a national perspective, Moser explained, “We need to reduce the value of the US dollar (USD) 30% to become competitive. Instead, the USD has risen over 10% since Dec. 31, 2021, largely because the US has raised interest rates more than . . . most other countries. Since we must raise interest rates to reduce inflation, we need to compensate with a policy such as the Market Access Charge (MAC).”

Developed by Dr. John Hansen, the MAC would levy a charge on purchases of USD financial assets by foreign entities or individuals. This would discourage short-term foreign investors and excessive speculation and trading in the USD, as well as reduce the overvaluation of the USD and the trade deficit.3 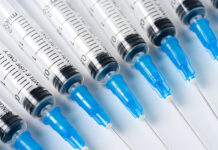