Every day, in every role, in every company, we have an opportunity to lead. Whether our title is CEO or opposite-of-CEO, we have the opportunity to influence others when we are at work – positively or negatively – and that especially is true these days, where turnover is the norm and authority often belongs to the person who looks like she knows what she’s doing. (Spoiler alert: I never feel like I know what I’m doing.)

But, just as training can be a stumbling block when onboarding new employees, many of us find ourselves in leadership roles – whether formally appointed (with shiny new business cards!) or informally designated (because no one else knows how to run a machine on the plant floor) – without education in how to be a leader. What lessons have others learned that we can apply? Where are the pitfalls, and how can we avoid them? 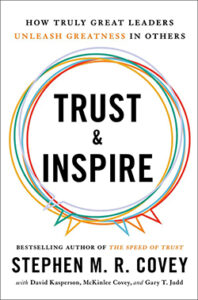 We have a leadership crisis today, where even though our world has changed drastically, our leadership style has not. Most organizations, teams, schools, and families today still operate from a model of “command and control,” focusing on hierarchies and compliance from people. But because of the changing nature of the world, the workforce, work itself, and the choices we have for where and how to work and live, this way of leading is drastically outdated. Stephen M.R. Covey has made it his life’s work to understand trust in leadership and organizations.

In his newest and most transformative book, Trust and Inspire, he offers a simple yet bold solution: to shift from this “command and control” model to a leadership style of “trust and inspire.” People don’t want to be managed; they want to be led. Trust and Inspire is a new way of leading that starts with the belief that people are creative, collaborative, and full of potential. People with this kind of leader are inspired to become the best version of themselves and to produce their best work. Trust and Inspire is the solution to the future of work: where a dispersed workforce will be the norm, necessitating trust and collaboration across time zones, cultures, personalities, generations, and technology. Trust and Inspire calls for a radical shift in the way we lead in the 21st century, and Covey shows us how.

The Making of a Manager: What to Do When Everyone Looks to You
Author: Julie Zhou
Released: March 19, 2019

Congratulations, you’re a manager! After you pop the champagne, accept the shiny new title and step into this thrilling next chapter of your career, the truth descends like a fog: You don’t really know what you’re doing. That’s exactly how Julie Zhuo felt when she became a rookie manager at the age of 25. She stared at a long list of logistics – from hiring to firing, from meeting to messaging, from planning to pitching – and faced a thousand questions and uncertainties. How was she supposed to spin teamwork into value? How could she be a good steward of her reports’ careers? What was the secret to leading with confidence in new and unexpected situations? Now, having managed dozens of teams spanning tens to hundreds of people, Julie knows the most important lesson of all: great managers are made, not born. If you care enough to be reading this, then you care enough to be a great manager. The Making of a Manager is a modern field guide packed everyday examples and transformative insights, including:

Whether you’re new to the job, a veteran leader or looking to be promoted, this is the handbook you need to be the kind of manager you wish you had.

The Heart of Business: Leadership Principles for the Next Era of Capitalism
Authors: Hubert Joly, Caroline Lambert
Released: May 4, 2021

Hubert Joly, former CEO of Best Buy and orchestrator of the retailer’s spectacular turnaround, unveils his personal playbook for achieving extraordinary outcomes by putting people and purpose at the heart of business. Back in 2012, “Everyone thought we were going to die,” says Joly. Eight years later, Best Buy was transformed as Joly and his team rebuilt the company into one of the nation’s favorite employers, vastly increased customer satisfaction, and dramatically grew Best Buy’s stock price. Joly and his team also succeeded in making Best Buy a leader in sustainability and innovation. In The Heart of Business, Joly shares the philosophy behind the resurgence of Best Buy: Pursue a noble purpose, put people at the center of the business, create an environment where every employee can blossom, and treat profit as an outcome, not the goal. This approach is easy to understand, but putting it into practice is not so easy. It requires radically rethinking how we view work, how we define companies, how we motivate, and how we lead. In this book, Joly shares memorable stories, lessons, and practical advice, all drawn from his own personal transformation from a hard-charging McKinsey consultant to a leader who believes in human magic. The Heart of Business is a timely guide for leaders ready to abandon old paradigms and lead with purpose and humanity. It shows how we can reinvent capitalism so it contributes to a sustainable future. 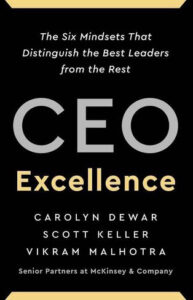 Being a CEO at any of the world’s largest companies is among the most challenging roles in business. Billions, and even trillions, are at stake – and the fates of tens of thousands of employees often hang in the balance. Yet, even when “can’t miss” high achievers win the top job, very few excel. Thirty percent of Fortune 500 CEOs last fewer than three years, and two out of five new CEOs are perceived to be failing within 18 months. For those who shoulder the burden of being the one on whom everyone counts, a manual for excellence is sorely needed.

To identify the 21st century’s best CEOs, the authors of CEO Excellence started with a pool of over 2,400 public company CEOs. Extensive screening distilled that group into an elite corps, 67 of whom agreed to in-depth, multi-hour interviews. Among those sharing their views: Jamie Dimon (JPMorgan Chase), Satya Nadella (Microsoft), Reed Hastings (Netflix), Kazuo Hirai (Sony), Ken Chenault (American Express), Mary Barra (GM) and Peter Brabeck-Letmathe (Nestlé). What came out of those frank, no-holds-barred conversations is a rich array of mindsets and actions that deliver outsized performance. Compelling, practical, and unprecedented in scope, CEO Excellence is a treasure trove of wisdom from today’s most elite business leaders. 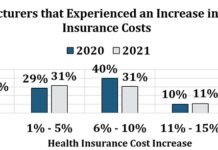 Plastics Processors Identify Both Challenges and Opportunities in Healthcare Landscape 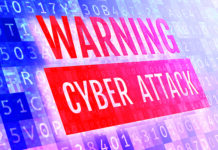 Every Plant Needs to Conduct a Cyber Risk Assessment 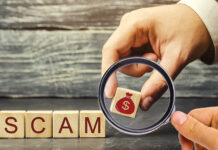