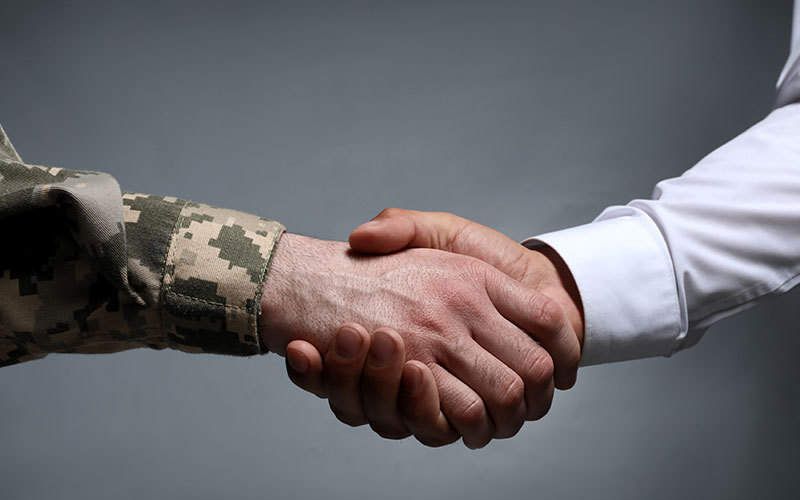 The United States military is unarguably one of the nation’s greatest leadership training grounds, and West Point is the educational foundation from which many of the country’s most revered leaders emerge. Not only has history long recorded the impact of decisions made by those who have served on the field of battle, but corporate giants frequently rise from the ranks.

According to the military academy’s website, “Colonel Sylvanus Thayer, the ‘Father of the Military Academy,’ served as Superintendent from 1817 to 1833. He upgraded academic standards, instilled military discipline and emphasized honorable conduct.” Thayer was the 33rd graduate of West Point and was noted for reforming the curriculum of an institution that lacked the structure it is famous for today.

Business leaders – whether in the front office or on the manufacturing floor – require standards and structure to successfully guide their teams. While programs abound for leadership training, only one combines the lessons learned from the US military with the wisdom and camaraderie of fellow members of the plastics industry.

The program: What does it take to build leaders of character?

This gap is where the Building Leaders of Character program steps in. Designed exclusively for the Manufacturers Association for Plastics Processors (MAPP), the 14-week experience consists of 18 sessions of 45 to 90 minutes each, led by retired General Officers and faculty who reveal leadership lessons learned from West Point and the US Army. The education plan combines real-time keynote presentations, video-based training, interactive sessions with peer groups, mentoring with faculty, networking with other participants and individual study.

According to the team at MAPP, the program promises to help mid- to senior-level plastics industry leaders discover tactics to improve the trait of holding people accountable; learn proven methods to develop and maintain trust; uncover the power of providing immediate feedback; understand ways to align teams to meet company objectives; find new techniques to improve communications; and acquire new skills in organizational improvement via the use of after-action reviews.

Committing to a program such as this – especially as a busy professional – requires a weighing of risk vs. reward. Exactly how many emails will accumulate while attention is focused on leadership training? Who will put out the fires on the floor? Is there really time for this? Three plastics industry leaders who recently went through the Building Leaders of Character program may have had those same concerns, but now are confident the reward was worth it.

All three industry executives approached the program with a desire to grow their own leadership skills. “I’m a believer in lifelong learning and personal growth,” said Paul, whose organization is a 130+-year veteran in closures and packaging. “I have an incredible group of hardworking people on my team, and I wanted to improve myself to be a better leader for them. I wanted to immerse myself in something different and challenging. I also wanted to see if it would benefit others in the organization, and it did not disappoint.”

For John, the leadership program merged his own company’s values with an admiration for the host organization: “I have tremendous respect for MAPP and the team there, and PolySource is a plastic resin distributor deeply focused on our company culture and solving problems for our customers,” explained John. “When this program was introduced, I immediately saw an opportunity to grow with others in our industry and to grow personally so that I could be more effective professionally. In addition, from my perspective, the timing was key. We all were challenged to lead more during the pandemic.”

Knapp echoed the respect for the programs MAPP has introduced: “I was looking for something to grow my leadership skills, and this looked like a good fit. Pioneer is a family-owned business, with 84 employees and our own proprietary line of products. I am a big fan of the MAPP organization and thought it would be good to go through this with people in a similar situation as I was in.”

A desire to improve, however, isn’t enough. The program members also had to put in the work. Over the 14-week timetable, sacrifices were made – and at least one peer-group conference call was attended while the participant was at the beach.

“Some weeks were busier than others,” explained Knapp, “but the pace was good. It was set up so most of the classes and presentations could be done when it was convenient for me.”

John added, “It’s no secret that our industry is in a challenging state right now and demanding a lot from all of us. I found myself staying up late and getting up early to complete this program. I wouldn’t call that difficult – my peers in the group did the same. We all felt committed to each other. It’s not usually convenient to find time to grow ourselves while growing and leading our companies. How much can our companies grow without growing ourselves?”

According to Paul, it does “demand a little time and devotion,” and then he confessed with a laugh: “I did have to spend half a day of my Caribbean vacation on a call in the hotel with my cohort, but I didn’t mind doing it because it was worthwhile.”

Paul explained the program consisted of a series of relevant presentations by high-level leaders who were mostly ex-military officers. These presentations were combined with reading assignments and shared learnings with small teams. Speakers shared leadership philosophies and explained how one might apply those philosophies to the business world and even to everyday life. Then, the program attendees had the opportunity to work on “missions” in small groups to practice the leadership skills and build camaraderie.

Ultimately, it’s those leadership skills that will impact these attendees – and their organizations. “Because the content is immediately useful, I found opportunities to apply what I learned quickly,” said John. “There were multiple moments where light bulbs were turned on brightly. My biggest ‘ah-ah” was that I wanted others on our team to take this course so that we could work more effectively together.

Knapp also found immediate ways to implement what he learned. “I realized I may be communicating, but I’m unsure of what people hear. Making sure they understand what I am trying to say is important. Overall, the program has helped me manage projects better and be a more impactful leader.”

Ensuring a message is clearly understood also was a key takeaway for Paul. “The leader’s intent outlines why we’re doing a project, the vision of what “done” looks like and what the deliverables are without telling the team how to do it – that’s so important to clearly communicate. And another big ‘ah-ha’ was the importance of the tactical timeout. When everything is going wrong, that’s precisely when it’s time to step back and look at the big picture.”

For Paul, a quote by Thayer Leadership Instructor Becky Halstead, Retired US Army Brigadier General, has stuck with him. “She said, “A better me is a better we – The first and most important person you can lead is you.’ I’ve embraced that. One of the bigger revelations for me was the number of executives in the program. No matter what level you are in an organization, there’s always more to learn, and I’m not the only one who has these thoughts and desires about improving my leadership.” 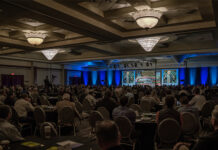 We Got What We Wanted…Now What?