Home Articles What Manufacturers Should Know About Prescription Drug Use 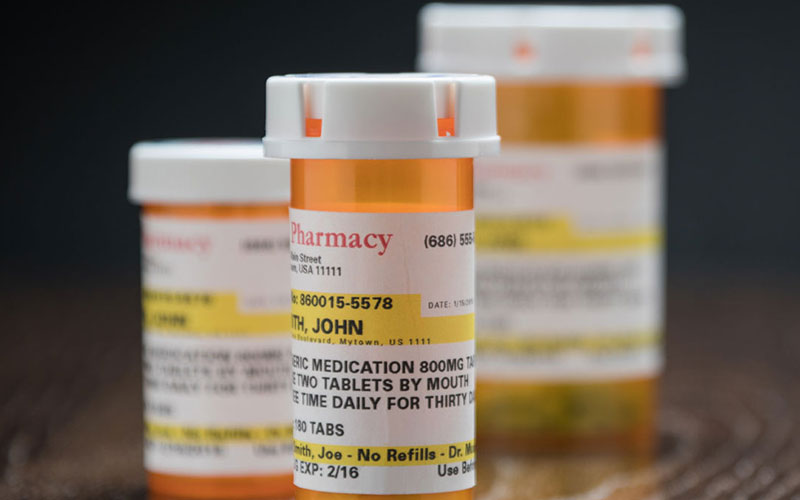 While illegal drug use can cause havoc in the workplace, it often is prescription medication interactions that lead to accidents and injuries. Miranda Williams is a licensed pharmacist and the pharmacy program director for the Ohio Bureau of Workers’ Compensation. Her expertise as a pharmacist and her position with the Ohio BWC give her a vantage point to see medication use (and misuse) trends for a large population and allow her to help workers and employers by offering insight and advice.

In a recent presentation, Williams discussed prescription and illicit drug use, based on her knowledge of medications and based on statistics on medication use by injured employees in the Ohio Workers’ Compensation system. This article recaps details that are applicable nationwide.

How common is prescription drug use?

For Ohio’s injured workers, Williams described the most prevalent medications being used. “First is opioids,” said Williams. “That’s not surprising because most of what we see are injuries and musculoskeletal injuries that are painful.” Second on the list are seizure medications, which often are prescribed for nerve pain. Next come antidepressants and antipsychotics. “I was surprised when I saw those,” Williams said, “but there are 9,000-some injured [Ohio] workers on antidepressants and over a thousand on antipsychotics.” Williams noted that there is a high prevalence of injured workers with major depression, PTSD or traumatic brain injuries that cause mental health problems. Also among the most-used medications are nonnarcotic analgesics, such as ibuprofen, aspirin and Tylenol.

Williams noted that it is in employers’ best interest to know the common medications in use by workers – and by the population in general – in order to understand how these drugs, their side effects and their interactions may affect employees on the job.

Among the general population, according to Williams, almost half of Americans take at least one prescription. A quarter of us take more than three medications, and one in five or six people between the ages of 45 and 65 take five or more medications. “As a pharmacist, I’ll tell you that once you get to over five drugs, it’s pretty difficult to avoid interactions and side effects,” she said. “They have an obvious benefit and are making people’s lives better, but we need to be aware that it can impact the ability to work safely.”

Side effects can impact worker safety

Williams related that, in America, the most frequently prescribed medications are narcotics (opioids), cholesterol-lowering agents and antidepressants. She described the risks from these drugs and other commonly used ones. For opioids, the side effects include “dizziness, drowsiness and sedation,” said Williams. “Down the road, they can lead to addiction, and that’s going to impair somebody’s ability to work safely.”

For antidepressants – which are common and are not used only for depression – Williams described the risks as “dry eyes, blurred vision, impaired focus and concentration.” Also included is sleep disruption, “making it difficult for people to stay awake during the day, as well as making it difficult for them to sleep at night.” Williams noted that the side effects of antidepressants typically wear off within a few weeks, but that employers should beware that during the first weeks of use and while adjusting dosages, the side effects may impact workers’ ability to work safely.

Williams moved on to over-the-counter allergy medications, including antihistamines like Zyrtec, Benadryl and Allegra, which are in common use when seasonal allergies crop up. These drugs can cause dry eyes, blurred vision and drowsiness.

Antibiotics and steroids have side effects too. These drugs typically are not used long-term but could cause problems for patients taking them for acute, short-term ailments. Antibiotics can cause nausea, vomiting and diarrhea, while steroids can affect blood sugar. Williams related some real-world scenarios to describe the effect of these medications on worker safety.

Examples of drug interactions at work

“An employee came down with bronchitis,” Williams began. “She went to urgent care and was prescribed a course of the steroid prednisone. She’s also a Type 2 diabetic.” Williams explained the steroid’s effect on diabetics. “Steroids increase blood sugar in diabetics, and increased blood sugar can lead to dehydration, dizziness, fatigue and other symptoms that may impair work ability,” she said. “On top of that, steroids can make you feel pretty crappy and make you very irritable, which might affect work productivity as well.”

Another example centered on a common situation: An employee strained his back, then got a prescription for Norco – a hydrocodone opioid – for the pain. “He can’t afford to call in sick,” said Williams, “and he’s afraid to tell his employer that he’s taking a pain medication because of the stigma that surrounds that. So, he takes the medication and goes to work.” Williams pointed out that this drug, like all opioids, affects the central nervous system. It can cause depression, impaired focus and concentration, and impaired judgment – side effects that can seriously affect someone’s ability to work safely.

In a third example, Williams described the springtime scenario of an employee suffering from seasonal allergies. “Before coming to work,” said Williams, “he took his regular medications, including hydroxyzine, like Atarax and Vistaril. To combat his allergy symptoms, he also took a Zyrtec.”  While this may seem like a benign situation, Williams explained the actual effect. “Zyrtec interacts with hydroxyzine, causing increased sedation, blurry vision and dizziness.”

Williams said that had the workers in these examples asked their doctors or pharmacists about drug interactions, they would have learned the possible impacts on themselves and their ability to function safely. But, as Williams said, “As a pharmacist, I’ll tell you I never get the question ‘How is this medication going to impact my ability to work?’” Williams suggested that employers create an awareness of this topic among their employees and encourage workers to ask their doctors and pharmacists about drug interactions and side effects.

Following her discussion of the legitimate use of prescription drugs, Williams turned to substance misuse and its impact in the workplace.

Williams described the typical victim of an opioid overdose. “When I thought about somebody that overdoses on opioids,” said Williams, “I pictured somebody strung-out, laying in an alleyway, dirty, homeless – that’s all the stigma that surrounds this. I never thought of it as a man who wakes up in the morning, kisses his wife and kids goodbye, goes to work and then overdoses at work.”

“But, that’s the reality of it,” said Williams, “Twenty-one million Americans are living with substance use disorder. And, three quarters of those people are employed.” Williams noted Bureau of Labor Statistics on the rapid rise in overdose deaths in the workplace: Overdose deaths from alcohol or nonmedical use of drugs increased by more than one-third every year between 2013 and 2016.

Citing another eye-opener, Williams said that a National Safety Council survey of employers showed that 75% of them reported that their workplace had been impacted by opioids. Only 17%, however, feel extremely well-prepared to deal with the situation, and just half of the employers felt very confident that they have the needed resources to deal with opioid use and misuse in their worker populations.

To help stop substance misuse, Williams cited several actions that employers can take, as recommended by the National Safety Council. Implementing company drug policies and drug-free workplace policies are one avenue. Drug testing is another option, and so is offering workplace training to identify the signs of substance misuse. Regardless of the method used, the preferred end result is that anyone found to be misusing drugs would be referred for professional help with addressing the problem.

Williams said that it can be a lifesaver to have some employees trained in the use of the overdose reversal drug Naloxone – also known as Evzio and Narcan – in case of overdose or an accidental exposure to an opioid like fentanyl. She also urged employers to get the free tool kit offered by the National Safety Council, which includes posters, pamphlets, fact sheets and more.

Finally, Williams stressed that employee assistance programs are a valuable resource, not only for employees who are misusing or addicted to substances but also for employees whose family members are suffering from these problems. As Williams bluntly put it, “Don’t wait until somebody dies at work to address this.”

Over-the-counter and prescription drug use is widespread in America, and the nation is in the midst of an opioid crisis. This makes it important for employers to understand the commonly used drugs, their side effects and interactions, and their effects on workplace safety. Business owners also can create a climate of trust on the job, encouraging workers to be more open about their use of legitimate drugs and to ask for help with substance abuse problems.

In July of 2019, MAPP co-hosted the 2019 Environmental, Health and Safety Summit in Columbus, Ohio. “Medication Interactions and Impact on the Workplace” was presented by Miranda Williams, PharmD, RPh, of the Ohio Bureau of Workers’ Compensation. The team at the Pharmacy Program researches, approves, manages and restricts the medications that are available for Ohio employees with workers’ compensation claims, with the goal of seeing workers return to the job.