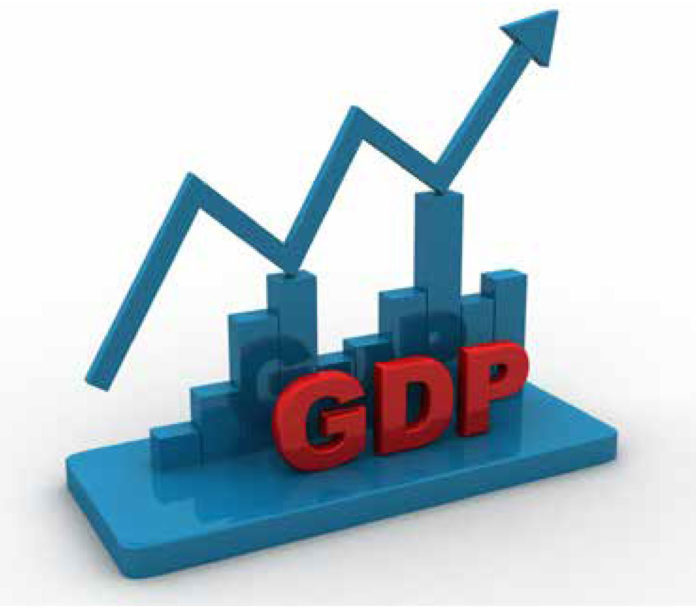 There is a reason that economists are referred to as “dismal scientists.” In the middle of a party, we are the ones who like to remind people that they are going to be hung over the following day. It may be true, but nobody wants to hear it. So it is with the current economic situation. The data that has been coming in thus far in 2020 has exceeded expectations and estimates for GDP growth have been rising, when many assumed it would be tumbling by this point. This leaves us with two related questions. The first: Why is the economy is doing as well as it is? The second: How long can we assume this growth will continue?

First, we can review why so many thought the economy would be in trouble by this point. A lot of the gloom and doom stemmed from the expected fallout from the trade war between the US and China, as well as the various other trade wrangles – such as replacing the North American Free Trade Agreement (NAFTA), putting tariffs on imported steel and aluminum, and battling Europe over trade and political issues. There was an assumption that commodity prices (especially oil) would rise. Consumers were expected to cool their desires to spend as they faced higher prices, and big sectors – such as automotive and housing – were expected to start shrinking. There has been a little reaction to all of this but not nearly as much as expected.

The China trade war now is in state of truce with the passage of “phase one.” The tariffs on Chinese goods have not been rolled back, but no additional impositions have been placed. China has agreed to buy more from the US, but these purchases have not yet manifested. The promise has been enough to calm markets for now. The US-Mexico-Canada (USMCA) trade agreement has made it through the US Congress, but now the Canadians and Mexicans are not all that sure about it. Regardless, the US no longer is issuing threats against its northern and southern neighbors. Trade tensions with Europe are present, but there seems no hurry to start a fight. The bottom line is that trade wars have become trade skirmishes and not as critical as had been assumed.

Oil prices (and the prices of most other commodities) have not seen big jumps, despite events that should have sent them skyward. A drone attack on the Saudi oil facilities caused a price hike of a few dollars, and it didn’t last. A week of bellicose thundering about an imminent war between the US and Iran fizzled and oil prices fell back again. Prices still are bouncing around in the $60 to $70 range. Oil prices may be the biggest surprise as far as the economy has been concerned this year, and this is obviously of importance to the plastics sector. The oil market is dominated by the US now – a development that would not have been expected even a decade ago. The US produces more crude than does Saudi Arabia, and US production has more influence on the market than any other state – a big reason there has been little inflation from commodities.

Consumers have not retreated and, as long as the unemployment rate remains very low, they likely will stay confident. The retail season was better than expected, with good traffic numbers and solid revenue. The only problem is that profits were less than desired, as the consumer shopped like a commando by zeroing in on the discounted items and shunning everything else. The auto sector had been expected to experience decline in demand by this point, but that has not taken place to any significant degree. Housing has recovered some of its lost momentum, and the sector has started to grow again with higher prices reported by the latest Case-Shiller Index.

The fact is that most of the economic indicators have been trending in a positive direction – although not all have been robust, and some already are sending troubling signals. The latest durable goods orders were far better than predicted, but the majority of that movement was due to an increase in spending on defense goods. The Credit Managers’ Index has been stronger than it has been in the last year, and some gains have been seen in the Transportation Activity Index developed by Armada. Transportation is a sector that tends to be a harbinger of things to come, and gains have been shown in both the rail sector and trucking.

The latest GDP numbers have been released, and they are OK but not great. The important thing for the moment is that they are better than was expected a few months ago. The consensus view was that annual GDP would be down to 1.7% or 1.8%, but the data released shows that the fourth quarter rates were at 2.1% and the annual rate was 2.3%. This is not the kind of reading that provokes dancing in the street, but it is a far cry from distressing. With a 2020 start like this, do we have anything to fear in the coming year? Of course, we do. What kind of economist would I be without expressing a depressing alternative?

There are three issues that will require lots of attention. These are not the only factors that might spell trouble but are potentially the most disruptive.

The first – and by far the most important – is the attitude of the consumer. For the last two to three years, it has been consumption that has carried the day. Business investment was down in the last quarter, manufacturing has been in recession territory and there have been plenty of trade worries, but none of this has slowed the consumer. The warning signal is that consumers slowed more than expected in the fourth quarter, and the confidence surveys are showing more nervousness. The key factors that consumers react to – low rates of unemployment and low rates of inflation – remain favorable, but the fact is that many of the jobs that have been added in the last decade have been low-paying service jobs, and wages have not been rising. Inflation has been deemed low as gas prices have stayed down, but costs have risen for health care, education, housing and food. Will this be the year that consumer confidence flags?

The second issue is a brand new one, and nobody has a handle on it yet. Will the coronavirus outbreak be a minor economic disruption or does this become a full-blown crisis along the lines of the SARS outbreak of a few years ago? Thus far, it has been mostly a problem for the Chinese. but now it is affecting global supply chains, and travel to and from China has been restricted. The estimate is that it will cost China a half point of GDP growth, and the country already is on the brink of recession with growth down to 6.0%. The impact on global growth numbers could be severe if this virus continues to spread.

The third area to pay close attention to is trade – still an issue, despite some of the supposed progress. The US and China signed a “phase one” deal, but little has changed as yet. China promised to buy more from the US, but that has been promised before. Now that China is spending billions on the virus outbreak, will they really step up those purchases? If not, will the Trump administration demand the spending anyway and force the issue with renewed tariffs? As far as our North American neighbors are concerned, neither Mexico nor Canada is very excited about the USMCA. Trump now has turned his attention toward Europe and threatens tariffs on the automotive sector, as well as French wine (among other things). If these trade wars ramp up again, the global markets will not take it well. And, to add another complication, there is Brexit and the British desire for a big trade deal with the US. Everybody asserts that such a deal might evolve by the end of the year, but the two economies are very similar in terms of output and it is hard to see the US inviting in a lot of British competition.

By most estimates, the 2020 economy will do all right – nothing dramatic in terms of either growth or decline. The consensus view is growth between 1.8% and 2.2% for the year, with more activity at the start of the year than at the end. By the third quarter, the political idiocy will have depressed consumers enough to create a crisis in the retail sector just as the holiday spending season begins.