Most companies can look back at 2012 and say it was a good year. In fact, many seem to have forgotten to some degree that the world went through the most significant recession in history. Production volumes were up, quote activity has been higher than normal as companies replenished their product portfolios and product complexity is at an all-time high for many factories. All in all, companies are returning to profitability. However, it may not be the best profitability, and it may be coming at a price.

Productivity is improved around the world, and companies are using their factory space more efficiently than ever. However, Harbour’s data does show a seven percent decline in revenue per employee in 2012, with a 15 percent increase in revenue. Based on recent manufacturing assessments, companies are growing significantly in volume and complexity, but their management of that growth has not been as effective as it could have been. In some cases, companies are “throwing labor” at the volume and struggle to meet the changes in complexity. While profits are there, these companies are not as strong as they could be if their focus on continuous improvement and planning for new processes was more robust.

That said, for most it was still a good year despite concerns with the election, the fiscal cliff, global pressures and the struggle to find good talent. Moving into 2013 and beyond, there are important things for companies to consider and plan for as they look to improve profitability and long-term stability.

Economic Outlook: It’s not clear where the tax and/or spending cuts will hit in 2013, but the unknown will bring uncertainty in hiring of talent, capital expenditures and overall company spending. Once the dust settles, the hoarding of cash should stop and the strength of the plastics industry will shine.

According to SPI, in mid-December the value of exported molds grew 18 percent during the first nine months of 2012. We have seen this demand continue through the final quarter of 2012, based on the backlog and demand seen with many in Harbour’s client base, and have every expectation this will continue well into 2013. The cadence of the automotive industry and other industries that are revamping their product lines will begin to pressure this demand, but not until late 2013.

In spite of the mold export strength, export of plastic parts was flat year over year in 2012. This should not concern the industry dramatically because the North American demand is high enough to maintain current levels of production. However, this will be a critical indicator to watch as changes in the US economy in 2013 may have a significant impact on small plastics processors.

Global Issues: From a global perspective, there is a great deal going on throughout the world that continues to put pressure on North American companies. The European crisis is ongoing, and it will be a long time before stability is reached. While Europe may not seem critical for many, this market and its currency exert considerable pressure on the global economy and have a major impact on the US market. Additionally, European companies are looking to source more manufacturing in the US to support their own product that ends up on US soil.

The Chinese government continues to give significant incentives to those companies that manufacture in China and export to countries like the US. Goods kept in China for internal consumption are taxed at higher rates than goods that are exported. This provides huge incentive for China manufacturers to market themselves to US companies. This is true for the mold building industry, as well as parts production.

That said, the 2012/2013 Chinese Manufacturing Outlook by MAPI stated that after 10 years of high-speed growth, China’s auto industry is entering an adjustment period, and the expansion pace will be moderate in the next two years. Passenger vehicle production mainly is being impacted by the gradual exit of government stimulus policies and new regulations limiting issuances of license plates to reduce traffic congestion in big cities. The decline in commercial vehicles primarily results from the double-digit drop in investment, making truck production sensitive.

The first half of 2012 was very slow for growth in China. Chinese policy makers will continue to control currency to ensure demand stays steady and growth will continue, but the traditional 25-percent growth rates may be a thing of the past. The wage rates in China will continue to increase as the country works to create its middle class. Expectation is that wage rate differences between the US and China only will be 10 percent by 2016. This will give the US a greater opportunity to retain manufacturing and even export more throughout the world. That said, the next China is out there and another competitive threat will arise to pressure US manufacturers.

A new/old global threat to US plastics companies is Mexico. In the 1980s, customers were pushing plastics companies to locate or find a way to support production in Mexico because labor rates were low. Then the China threat became overwhelming, and many large companies moved operations again due to Mexico’s poor infrastructure and lack of talent (not to mention China pricing). Today, Mexico is a new threat to low-cost countries.

The wage rates between Mexico and China are only pennies apart and, with Chinese wages creeping up, Mexico is better positioned to support US manufacturing. Additionally, the talent gap is shrinking. In 2011, Mexico graduated over 90,000 engineers, compared to approximately 30,000 in the US. The logistics and time zone advantages, along with fewer language barrier issues, are making Mexico an attractive sourcing option again. In recent years, almost every major domestic, Asian and European automotive manufacturer has made or is preparing to make major investments in Mexico to support consumption in Mexico, South America and North America. The growth continues, and plastics companies may be forced to consider Mexico as an option again.

Talent Pool: Retaining, hiring and training people will continue to be essential for the best and brightest companies. Retention will be paramount for those companies that have strong management and technical teams. The biggest gap Harbour continues to see is in technical competency. This lack of competency manifests in other areas, such as operations, project management, sales and quoting – not just management. Keeping up with the ever-changing demands and technology through continued learning is key to maintaining market position, profitability and overall flexibility.

Finding new, young talent to enter the field of manufacturing is probably the number one challenge of most companies today. Without investment into the new generation, many industries – like mold making – may lose their business to low-cost countries simply due to the lack of interested talent. The best US manufacturers have started to attract new talent by holding open house events at their facilities, inviting both young adults and their parents to see the ways in which manufacturing has evolved. Young adults still are looking to their parents to support their decision-making. Once the parents see that manufacturing is not what it used to be, a barrier to attracting new, young talent to manufacturing plants is removed.

Project Management: Relative to other industries, plastics processors continue to be weak at project management and launching new products. The industry needs to accept this data point and make sure it puts appropriate time and resources into solving the issue. Harbour hears many excuses in our travels, but limited-to-no root cause analysis is being done to truly understand why. The processing industry tends to blame customers or design firms for not having the adequate information or wherewithal to launch a new part. The reality is that this is an excuse, and processors need to take a more active role in the process. Those companies that figure this out and position themselves properly will continue to prosper in uncertain times.

Value Added Activity: Manufacturers must continue to add value. This value will come from working both the upstream and downstream sides of the value stream: supplier and customer. Companies need to find creative ways to partner with suppliers to ensure they provide value-added goods and services that better serve and/or grow customers. However, the bulk of the value will come from doing more for customers in the form of value engineering. Value engineering is finding ways to combine parts, perform additional assembly or develop any other creative thought that allows the customer to reduce the handling of its parts.

As the economy continues on its rollercoaster ride, the best and the brightest organizations must get better at critical thinking. Processors must consistently challenge the traditional thinking to ensure that every opportunity to make the company better has been exhausted. More than ever, quality is club dues, and the forward-thinking organizations that can bring something new to the table will get the gold. The low-cost producer model that lacks creative thinking and problem solving capabilities will become a thing of the past. This creative thinking is the real “secret sauce” to the best manufacturers’ overall performance. 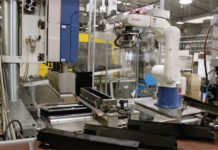 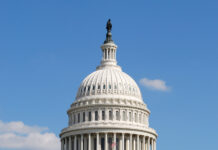