In September 2010, KPMG, an international audit, tax and advisory firm, released its Global Manufacturing Outlook: Relationships, Risk and Reach. The report noted that nearly 38 percent of manufacturing executives involved in the supply chain believed long-term relationships had been damaged over the previous year as the downturn forced them to focus on costs at the expense of other considerations, such as reliability or quality.

Curious about the factors affecting the relationship between plastics processors and resin suppliers during the economic downturn, Plastics Business spoke with Tom Houdeshell, ATEK Plastics; Kurt Jones, B&B Tool and Molding, Inc.; Kevin Chase, Chase Plastics; and Jeff Randa, PolyOne Distribution, asking questions about service expectations, the advantages to building a supplier relationship and the reasons for evaluating that relationship.

Despite expectations that price would be the first consideration (it remains a close second), customer service seems to be the highest priority in establishing – and maintaining – a supplier relationship. Often, the relationship isn’t dependent on the company, but rather the company representative working most closely with the processor.

ATEK Plastics is a custom precision injection molder, working in a variety of markets, including electronics, medical device, and industrial. ATEK has noticed a drastic change over the past six months in the availability and pricing of some of its heavier use pellets. Despite that, the company has maintained its same supply source. “When you talk about service, you would think of it as just being able to get your deliveries on time,” explained Tom Houdeshell, ATEK president, “but it’s also being able to communicate with the supplier on the latest market conditions and staying ahead of the curve.”

When asked to list characteristics of poor service, Houdeshell pointed to a previous relationship, saying, “They were not responsive to our issues; pricing wasn’t very good; communication was poor and – oh, by the way – the sales rep we trusted went to a different vendor.”

Kurt Jones, president of B&B Tool, was in agreement on the importance of the salesperson. “I quote a lot of programs, because my company markets heavily. What I need out of my supplier is a quick response on resin pricing. What irritates me more than anything is when I have to chase someone down. A distributor has to have a good salesman and has to be on top of things.”

The resin suppliers are on board. To them, customer service is indeed a priority, both in terms of response time and in the knowledge base they can bring to the table.

PolyOne Distribution focused its customer service efforts on contributing to the knowledge base of its processors. “We have market expertise in industries such as healthcare, wire and cable, building construction and transportation,” explained Jeff Randa, senior marketing manager for PolyOne Distribution. “If our processors need insights in those markets, we can provide help. For instance, we have healthcare specialists who focus on the industry so we understand the types of plastics resins that can be used in medical device applications and how they meet regulatory specs.” Randa also noted that the swings in supply and demand over the past several months have led to product availability issues. “The key there was to help the processors understand the trends so they could calibrate their buying habits for projected pricing movement.”

At Chase Plastics, the customer focus is on “outrageous service”. President Kevin Chase defined that as a processor-friendly approach that emphasizes quick decision-making, a sense of urgency and effective communication. “We call everybody back within two hours, to the best of our ability. It sets the tone. By focusing all of our attention on the service equation, we become what we call a valued raw material resource partner. We’re nimble.”

Chase does his best to view the relationship from the processor point of view. “If I’m the president of an injection molding plant, what do I want out of my supplier base?” asked Chase. “I want someone who identifies my needs and addresses them. I want my salesman to be able to make a decision and I want to know the key players in the organization.”

For the processor, engaging a variety of resin suppliers in a price war provides no long term advantage. It creates an adversarial relationship between the processor and the supplier, one focused on the extreme bottom line and based on the understanding that the processor could jump ship at the slightest price change. An adversary sees no advantage in providing the information that could put a processor ahead in a competitive industry.

Houdeshell understands this. “Once you establish a good relationship with folks that you can trust, they’ll give you the information you need. You want to know what’s going on in the market? What’s the supply looking like? What about pricing? And that information is pertinent not just here in the U.S., but from a global standpoint, too.”

Jones agrees. “Our suppliers give us updates on what should happen in the next quarter, but no one knows what’s really going to occur in the next 6-12 months. When I have a question, they’ll give it their best guess.”

But as Randa indicated earlier, the bigger issue was product availability, rather than price. Resin manufacturers had scaled back on the product being produced, which filtered to the processors. PolyOne Distribution assisted its processing partners by helping them specify an alternate material, checking warehouses across the country or pointing the processor to another PolyOne Distribution customer that might have excess supply.

PolyOne Distribution also listened to its salespeople and its customers to give the company the basics it needed for supply forecasting. “Our sales guys talk with the processors about need for next few weeks to the next several months, so that we understand their production cycle. Then we build that into our discussions with our suppliers to make sure we get what we need during these times.”

“2010 was an extremely difficult supply chain year for processors and distributors,” stated Chase. “We proactively manage the raw material supply chain to the best of our ability, but when there’s a kink, we immediately let the customer know about the situation. We focus on allocating our remaining inventory and then we start calling customers we’ve shipped to over the last 60 days. I think from the processor side, they understand the situation. Its about whos going above and beyond and fighting for their customer, making the extra effort to keep resin flowing.”

Developing a partnership has another benefit that goes beyond pricing and product availability – problem solving. Randa pointed out that PolyOne Distribution often is able to help processors find resins that are more efficient than those currently in production. Houdeshell relies on that problem-solving ability from his supplier to give him flexibility when quoting new business. “If you’re in a good relationship with your supplier, you can talk through some scenarios. You can discuss resin options, and you may have some flexibility in terms of the size of the buy.”

Jones quotes a lot of new business, and having the resin supplier on hand to answer questions has proven to be a competitive advantage. “When I visit new customers, I have taken my resin rep with me. It adds credibility, makes our company look larger and I never have to say ‘let me get back to you.'” Jones also has been impressed with his suppliers’ willingness to step in with production issues. “I was at the MAPP Conference in October and my production guys were having an issue with a resin. I talked to a supplier at the conference – it wasn’t even a resin they supplied for us!” and they called back to the shop to work through the issue.

No matter how outstanding the partnership, supplier relationships need to be evaluated, especially in challenging economic times. At ATEK, Materials Manager Brian Lesack is charged with staying on top of the market and maintaining communications with the company’s raw materials sources. “We’ve always had relationships that allow us to get competitive bids, but we’re not afraid to look out for our best interest,” explained Houdeshell. “We analyze our suppliers on a monthly basis because we’re buying large quantities of materials. When it’s 30 percent of our business, we’re obviously very concerned about pricing.” Beyond pricing, maintaining relationships with several knowledgeable suppliers also is important. “Our markets are constantly changing, so we have to keep up with a variety of resin types and the trends in those markets,” Houdeshell said. “The suppliers often know those trends better than we do.”

On the other side of the relationship, Chase understands the pressures experienced by the processors. “The processors have to purchase raw materials at competitive prices – they have to be focused on their resin needs to keep the molds and machines running, to keep Americans employed. It’s affected the ability of processors to stay loyal.” In addition, Chase explained, changes in the market mean there are always products and product lines being altered or discontinued. “What a resin distributor can do is help the processor manage the alternatives quickly and efficiently.” By fulfilling needs in a timely manner, with competitive pricing, suppliers have a better chance of becoming a valued partner – one who becomes a resource for the long haul.

The KPMG survey noted that 39 percent of manufacturers surveyed are concerned about their suppliers’ ability to deliver material according to their contracts. 48 percent remain concerned about costs uncertainties. The report also noted that many companies are looking to build better partnerships with their suppliers, with more than 40 percent looking to lock in longer-term contracts with their primary suppliers and 39 percent looking to reduce the number of suppliers they work with.

For Houdeshell and Jones, while price will never be disregarded, the relationship is key. Jones appreciates the ability to talk about what’s coming up within the market, but believes that not all processors understand the value of a supplier relationship. “I think there are a lot of people who look at suppliers with an adversarial approach. They make it us v. them – they’re raising prices, they’re controlling the market. But what you really need is a partner who can help you evaluate resin alternatives and knows your business and your customers.”

“We’ve all had times when we’ve had to make tough decisions and change relationships based on small pricing differences,” said Houdeshell, “but what I’ve noticed is that the guys who are truly your partner are with you to the end. They’re not going to throw you under the bus. They’ll just live for the next opportunity. It really is as simple as that.” 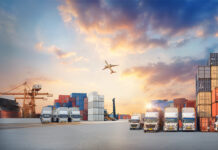