One thing is certain in the North American plastics industry: Automation is the future. Automation is now an essential part of being competitive in a developed economy. Since low-end commodity work often can be moved off shore, many molders are finding advantages to automation where the majority of the work is at the high end of the high-tech spectrum. At the high-tech level, the goal is to reduce labor content and automate the process whenever possible.

Systems integrators and OEMs must be committed to working in partnership with clients to develop cost effective industrial machinery and control systems that improve productivity, competitiveness, and profitability. Monitoring each automatic tool at each stage of the manufacturing process is vital to controlling the variables. Before a product is allowed to go to the next operation, the process variables need to be satisfied. Error proofing operations at each station can be sequenced so that an operator is required to perform a required operation in a prescribed order.

Key outcomes of a successful automation project include improved productivity, reduced operating cost, and creation of innovative products. However, automation success stories are often overshadowed by failures of the design and automation team to engage early enough in the product life cycle. For ultimate success, it is imperative that the design-for-manufacturability philosophy be part of any new product development activity.  Best in class companies ensure design teams have representation from all professional segments including automation, process and industrial engineers, and product developers.

In this day and age, cost savings can be realized by a better use of energy. Advances in stepper and servomotors have contributed to higher production rates, improved quality, and, in many cases, a reduction in energy. Some of the major automotive assembly plants are now restricting the use of air cylinders and pneumatic devices in favor of electric powered units to improve energy efficiency. Keep in mind that compressed air is a utility, often the only one produced on site, and is tremendously inefficient and costly.

In some geographic regions, utility rates have forced molders to review the cost benefit of retrofitting existing machinery and processes with electric powered motion devices. In addition to the energy savings, this investment also improves the speed and accuracy of the various motions, contributing to improvement in quality of the end product.

The constant demand for lower cost and optimization places increasing pressure on manufacturers and their automation systems. Automation is rising to the challenge with more advanced diagnostics, controls, and tremendous growth in software sophistication. Many machines are equipped with probing devices and sensors to verify the positions of various components and establish a work-coordinate system. Encoders, linear and rotary, are used as feedback devices to a prime mover, usually an electric powered motor, to determine precisely the position of the moving component. By using probes combined with software, manufacturers can monitor, correct, and document in-process operations.

Automating with Robots
The versatility of robots lends itself to the plastics industry, from high-speed de-molding through to assembly and inspection. While labor rates continue to rise and the availability of certain skills provides ongoing difficulties, the cost of robots has been decreasing. There has never been a better time for manufacturing to invest in robotics and automation. Payback times have been reduced through increased productivity, reduced wastage of materials, and the benefits of operator safety.

Manufacturers and system integrators are discovering that multi-axis robots provide a consistent and practical solution to all of the automation applications in the plastics sector. Six axis robots are ideal for accurate and meticulous tasks, and are particularly suited to such tasks as de-molding, sprue removal, gluing, powder coating, painting, assembly, inspection, and packaging. With featured high-speed for rapid acceleration and deceleration, todays robots are capable of following complex trajectories and have extremely large work envelopes.

Most processors are knowledgeable about molding equipment; however, the significant opportunities to improve ones competitive position occur downstream from the press, where value can be added through assembly, gluing, welding, marking, testing, and packaging. Given the high cost of labor, automation offers a clear path towards improved productivity in these areas. A sensible approach for identifying opportunities and their correlated return on investment is to establish a partnership with an automation vendor who can supply both hardware and extensive application engineering know-how.

Although some manufacturing companies do have the expertise to design and implement automation solutions, many companies are utilizing technology partnerships to efficiently adopt automation solutions. In cases where molders decide to proceed on a do it yourself basis, the probability for successful implementation decreases. Since the purchaser most likely knows little about the mechanics of automation, the purchasing decision is often based upon price. The production department is then told to install the equipment, learn how to use it, program it, and maintain it. There is little regard for the hours spent in-house getting the system to work successfully. In the end, the molder doesnt receive the payback he expected and is convinced that robots and automation just dont work.

The fact is that robots and automation do work very well when applied correctly. Automation is rarely plug and play, and molders need to pay less attention to the hardware and more attention to finding a vendor who can deliver a complete integrated system that meets and exceeds their production requirements.

The goals of automation in plastics molding operations are to boost productivity and generate cost savings. Robots accomplish these goals by speeding up production, reducing the labor content (which is a major part of value-added operations), reducing scrap, and improving quality. Additional cost and productivity benefits, including reductions in work-in-process and floor space, can be achieved when secondary operations are automated and integrated beside the molding machine.

Improvements in controls, software, and user interfaces are making robots easier and faster to program, set-up, and operate. Highly-graphic touch screens are used as input devices, which significantly reduces any intellectual barriers to effective use. Controllers are now adopting a Windows approach, with plain English instructions that are far more accessible to the average operator.

High-speed and precision are the two buzzwords associated with robotics, and more industries now can take advantage of the latest robot technology.  The injection molding industry can benefit with vertical molding machines that are designed to lend themselves to automation. These machines are targeted towards customers who do not intend to use operators. The machine can be sent directly to an automation source for integration of the robotics and other automation devices. The customer then has a turnkey system, which can include insert presentation, molding, and part removal. Using a robot as the main handling component provides flexibility. Changes to the part design will not require an entirely new piece of equipment  only minor software changes and robot end of arm tooling changes – which will enable a new product to be introduced in a shorter time.

The automation process can be both costly and cumbersome to implement, but the cost savings and paybacks simply cannot be ignored. It is not uncommon for a fully integrated system to have a payback of less than one year, based on reduced labor costs and enhanced quality. The quality cost reduction is easily measured since highly repeatable and consistent automation provides excellent control of the process. Processors today simply cannot ignore the benefits that automation technology can bring to their operation.

John Tite is project manager, automated systems for Global Tool & Automation Corp. (GTA). He holds both undergraduate and graduate degrees in mechanical engineering. Tite has been involved in automation of all kinds for more than thirty-four years. GTA, located in Fort Wayne, Ind., is a designer and fabricator of special machines for plastic processors. Don Dimberio, the president of GTA, has over thirty-five years of experience in the plastics industry. 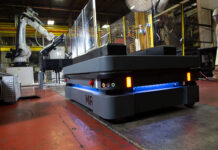 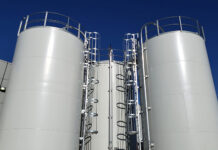 Use Automation to Monitor Inventory in Resin Silos