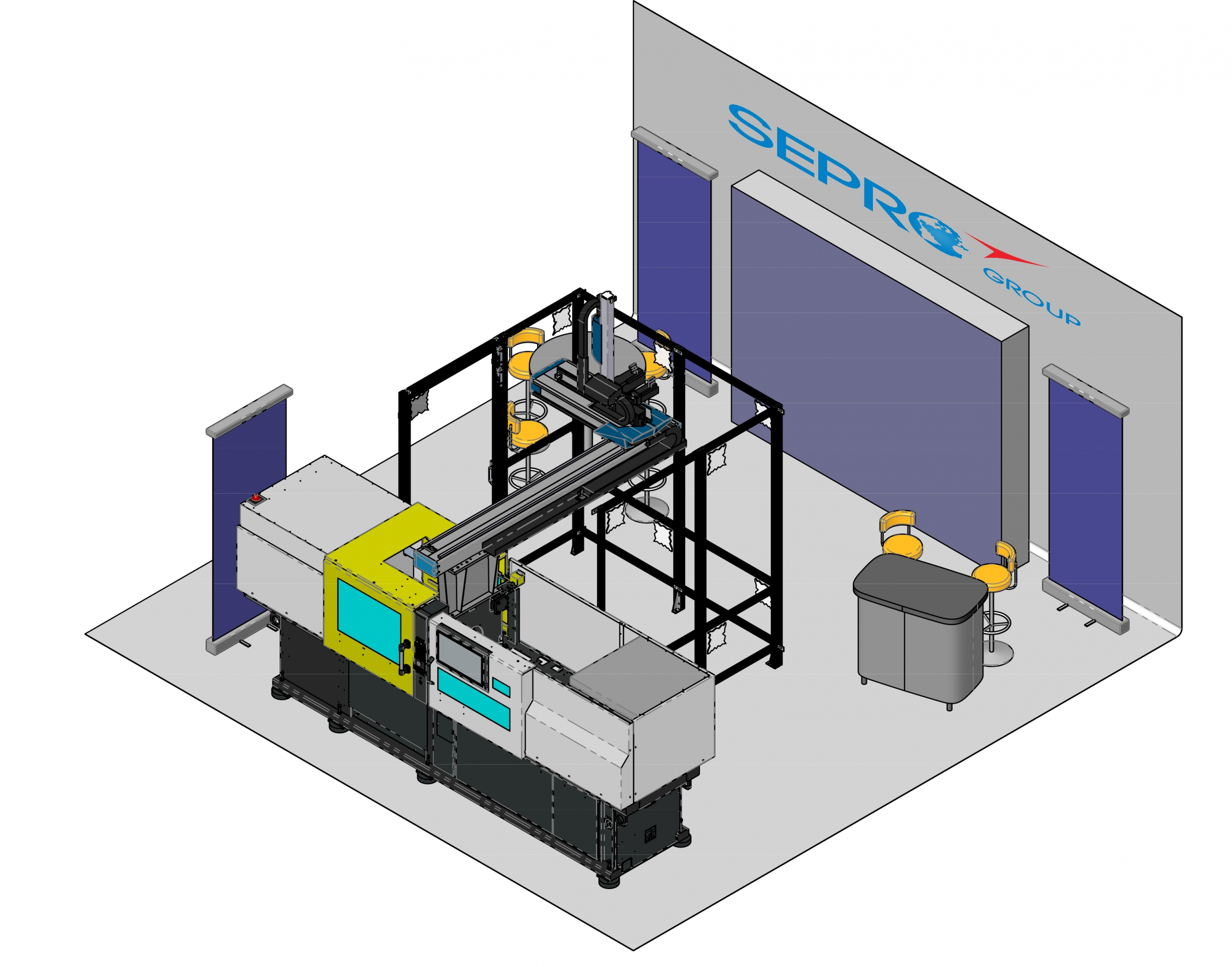 At Plastec West 2023, Sepro America will demonstrate that automation systems do not have to be complex to deliver significant gains in efficiency and productivity in plastic injection molding operations. Four Sepro robots — along with custom end-of-arm tooling (EOAT), conveyors and protective guarding — will be operating in three different booths at the show, which is scheduled for Feb. 7 – 9 at the Convention Center in Anaheim, CA.

In its own booth (#4111), Sepro will be collaborating with Milacron to automate a 110-ton Roboshot injection-molding machine (IMM). A Sepro 5X-15 five-axis Cartesian robot, featuring a Visual 3 control system, will use customized EOAT to remove a medical part from the mold and place it on a conveyer, which it transports out of the cell through protective guarding.

Maruka USA, booth #4024, will be operating two injection-molding machines and Sepro will automate both. An FCS FA 160 machine will be served by an S5-15 MED robot with Visual 2 controls. The MED series of robots are specifically designed for the medical and pharmaceutical markets and have features that ensure clean operation as well as high precision and continuous productivity. The second IMM will be a TOYO Si 110 machine equipped with a three-axis-servo Success 5, which also has Visual 2 controls. Both robots have their own Sepro EOAT, separate part-handling conveyors, and integrated protective guarding.

Finally, in booth #3877, Shibaura Machine Co. will operate an 85-ton molding machine equipped with a Sepro S5 servo picker with Touch controls. Sepro end-of-arm tooling extracts parts from a 4-cavity cable-tie mold and removes the runner before placing parts on a conveyor for transport out of the guarded molding area.

“While Sepro has designed and installed many highly complex turnkey molding systems for customers that need them,” Healy concludes, “we firmly believe that relatively simple automation solutions like these will be increasingly important to all molders in the next few years and beyond.”