Carbon, Redwood City, California, a digital manufacturing platform, has announced that Ellen J. Kullman, former chairman and CEO of DuPont, has been named president and CEO of the company. Dr. Joseph M. DeSimone has been named executive chairman of the board, effective immediately.

Kullman also will remain on Carbon’s board of directors, where she has served since 2016. The leadership announcements are the result of a succession plan that DeSimone, Kullman and members of the board have worked on to prepare the company for its next chapter.

Carbon has been strengthening its leadership bench during the past several months to support the growth of the business. As president and CEO, Kullman will lead the development and execution of short- and long-term strategies, positioning Carbon to continue delivering value to its employees, customers, partners and shareholders around the world. DeSimone is transitioning into the role of executive chairman to focus on growing mainstream adoption of the Carbon Digital Manufacturing Platform and sharing the company’s vision with existing and prospective customers, partners and the public.

“Today’s announcement is a great honor,” said Kullman. “I am privileged to have spent the last few years on the Carbon board working alongside Joe, one of the greatest entrepreneurs and scientists of our time. Joe has built Carbon into the world’s leading digital manufacturing platform, and as president and CEO of Carbon, I am excited to partner with Joe and build on the solid foundations he’s put into place.”

“For the last six years, I have led Carbon as chief executive officer and am enormously proud of what we’ve accomplished during my tenure,” said DeSimone. “I know what we will accomplish under Ellen will be even more extraordinary. Ellen is the right person to lead Carbon today. She has broad experience across multiple businesses, cycles and geographies. Her vision, outstanding leadership traits and distinguished track record will continue to drive Carbon’s growth into the future. In assuming the executive chairman role, I will be able to focus on evangelizing the platform and driving adoption more widely.” 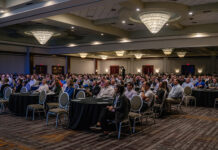 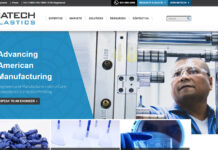