Plasma treatment is used on a wide variety of substrates including polyolefins and polyester. A gas such as oxygen, argon, helium or air is excited at low pressure, resulting in the production of free radicals. The ions generated bombard the substrate surface and form reactive groups that increase surface reactivity and wettability. One of the major drawbacks with plasma treatment is its potentially short shelf-life. Most substrates treated with plasma must be assembled within a very short period of time since the reactive surface is re-exposed to air and rapidly reverts back to its normal state. Plasma treatment is frequently used with cyanoacrylate, light-curing acrylic, and light-curing cyanoacrylate adhesive technologies. Since each plasma gas imparts different characteristics onto a substrate, end-users should consult their adhesive and substrate suppliers to determine the optimum gas for the materials used.

Similar to plasma treatment, corona discharge uses ionization of a gas to effect surface reactivity and roughness. Reactive groups such as carbonyls, hydroxyls, hydroperoxides, aldehydes, ethers or esters are introduced to the surface. Corona discharge has a limited shelf-life and requires parts to be assembled in a limited time period. Corona discharge is commonly used on polyolefin substrates. Both plasma and corona treatment require an investment in capital equipment or outsourcing of treatment. Like plasma exposure, corona treatment is most frequently used on polyolefin substrates bonded with cyanoacrylate or light-curing acrylic adhesives. The treatment generates reactive groups that serve as potential bonding sites for the adhesive, and results in a significant enhancement of bond strength.

Chemical treatment methods such as chromic acid etching are often used on polyolefins and acetals. Like other surface treatment methods, chromic acid etching adds reactive species to a surface. Because it can be hazardous, chemical treatment is used on a limited basis to treat a variety of substrates prior to bonding with cyanoacrylate and light-curing acrylic adhesives. Handling and storage of hazardous substances is one potential drawback of chemical treatments. Surface changes are controlled by two variables: the solvent selected and the overall exposure time.

In flame treatment, various reactive groups such as hydroxyls, carbonyls and carboxyls are introduced to bonding surfaces through an oxidation reaction when the substrate is exposed to flame. In addition, flame treatment increases the surface energy of the substrate surface, allowing for better wetting. Flame treatment is commonly used on polyolefins and polyacetals, and is most frequently used when bonding with cyanoacrylate adhesives.

Surface roughening results in mechanical interlocking sites and causes bond strength to increase dramatically. A surface roughness of approximately 63-125 micro-inches is often used as a guideline for assemblies that are to be bonded with adhesives. Surface roughening will significantly increase the bond strength of most adhesive technologies, and is highly recommended for both hard-to-bond and traditional substrates.

A variety of substrates exhibit enhanced bond strengths following treatment with primers, including polyolefins, acetals, fluoropolymers and TPVs. Although using a surface primer is often viewed as a two-step bonding process, primers can be applied with little to no capital expenditure and many remain active on substrates for more than eight hours. Polyolefin primers are frequently used on hard-to-bond substrates joined with traditional and/or light-curing cyanoacrylate technologies. Introducing the active species to the substrate surface generally increases bond strength three-fold for traditional ethyl cyanoacrylate adhesives.

Editor’s Note: The full article was originally published in the July-August 2010 issue of Plastics Decorating and addresses the seven adhesive families and adhesive selection for hard-to-bond plastics. Read the full article here. 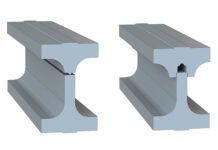 3D-Printed Plastics Parts: To Weld or Not to Weld? 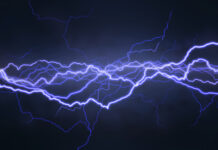 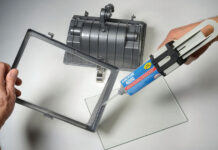