I really don’t want to be a media basher – really, I don’t. I understand that this is a tough task and that those in the media are trying to explain very complicated issues in a sound bite or two. I never know where blame lies – on the consumers who seem to have the attention span of a gnat or the media outlets that don’t try to stretch people’s understanding. It has long been an adage that “if it bleeds, it leads,” a reference to the tendency to go for maximum drama.

The same issue affects the coverage of the economy. The behavior of over 320 million US consumers, 31.6 million small businesses and 32.6 million total businesses is immensely difficult to assess, much less predict. It is quite impossible to lump all of these actors into one bucket, but yet we try. Is every industry suffering from the recession? Is every person facing economic ruin? Of course not. The fact is the US never experiences a 100% boom or bust – there always are those that buck the trend.

In the last several months, I have been on the road at a feverish pace. I have spoken to a dazzling assortment of industry groups, and everyone has had a different experience in the last few years. There was the Casket and Funeral Supply Association, whose members had a very good year in 2020. The self storage industry boomed in 2021. The automotive sector has been seeing solid growth as demand has outstripped supply. Machinery producers have not been so lucky, and now there is a slump underway as far as production of memory chips. And the bloom is off the rose for the virtual workplace.

Fortunes rise and fall fast in a complex economy such as that in the US. It perhaps would be simpler if the threat of recession was universal and everybody could just assume they will have to hunker down and endure, but the reality is that many sectors will survive and even thrive in the midst of a downturn. What does this mean for the overall plastics community?

The first task is to understand what is driving the downturn. The immediate cause of the slowdown has been the residual impacts from the two “Black Swan” events that have dominated strategy since the start of 2020. The global COVID-19 shutdown was a major mistake as nobody really understood the implications of such a massive economic blow. It was not supposed to last more than a few weeks but dragged on for nearly two years. That Black Swan crushed the supply chain and there has yet to be a recovery. This triggered a “cost-push” type of inflation, and the central banks are ill-equipped to deal with that kind of inflation.

The second Black Swan was the Russian invasion of Ukraine. Again, this was not supposed to be the long, drawn-out ordeal it has become as most assumed Ukraine would fall quickly and the world would figure out how to work with Russia again. The oil crisis combined with the food crisis to drive prices very high – unpredictably high. The inflation surge forced central banks to unleash the only tool they have – higher interest rates. This is despite the fact that bankers do not have much faith in the ability of the higher rates to calm this kind of inflation in the short term.

The second task is, in many ways, more important. How will this recession or downturn effect the industry that one engages in? This is far harder to predict. The surge in demand for vehicles has been a combination of pent-up demand and supply chain shortage. Sooner or later, the demand is satisfied and/or the supply chain catches up, but few know when this will take place.

The recent surge in aerospace has been triggered by the return of the passenger. Airlines have seen fares hike due to fuel costs, but this has not slowed the traveler – and now, even the business traveler is back. In contrast, the demand for virtual interaction has been fading and along with that comes a reduction in demand for what powers Zoom and the other video communication models. As single-family housing demand declines in the face of higher mortgages and higher prices, the demand for multi-family units expands as there still is a shortage of over 5,000,000 homes. Expanded multi-family demand means expanded demand for appliances and all the other elements of an apartment (from lumber and fittings to textiles and plumbing). And so it goes. Every day brings some depressing news for one sector of the economy and more encouraging news for another.

There is a third area of interest and concern, of course. How deep and how long? The truth of the matter is that most companies and individuals can handle a short and shallow recession or downturn. The majority of businesses have enough in reserve to get through a brief period and most consumers have a pad as well. This certainly is not the case for every business or person. Those making less than $50,000 are vulnerable almost immediately, with little in the way of savings and living from paycheck to paycheck. Most will have to dip into their credit cards right away. This group only recently had been digging out of the 2020 recession and the same can be said for the business community. How long does this economic stress last?

The projections for GDP growth tell a somewhat encouraging story. The year started with two straight quarters of negative GDP growth (down by 1.6% in Q1 and down by 0.6% in Q2). These were not crushing levels but hardly encouraging. This quarter, the estimate is calling for extremely minor growth (perhaps no more than 0.3%). That will be followed by another negative quarter in Q4 (down by perhaps 0.5%), and most expect that trend to continue into Q1 of next year with another decline of 0.5%. This is a pretty miserable stretch and definitely shows that 2022 was a bad economic year.

There is one major factor that will have a great deal to do with the pace of growth for this year and 2023. There are multiple factors to be concerned with (supply chain recovery, oil prices, threats from Russia and China and so on), but one will play a role right away and the impact extends well into 2023.

There still is $3.5 trillion in excess savings in the hands of the consumer, and nobody is quite sure where that cash will go and when. If much of it is spent this holiday season, the prospects improve greatly for growth in Q4 2022 and Q1 2023. If that money is held onto by worried consumers trying to prepare for a slowdown next year, the recovery expected in 2023 may be delayed. The economists are pleading with consumers to spend like crazy, rack up their credit cards and strive to live far beyond their means. That way the consumer spends the economy right out of recession. For the most obvious of reasons, the majority of consumers will resist that urge – but if consumers spend like past holidays, the economy may start a rebound soon. 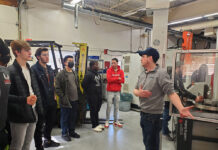