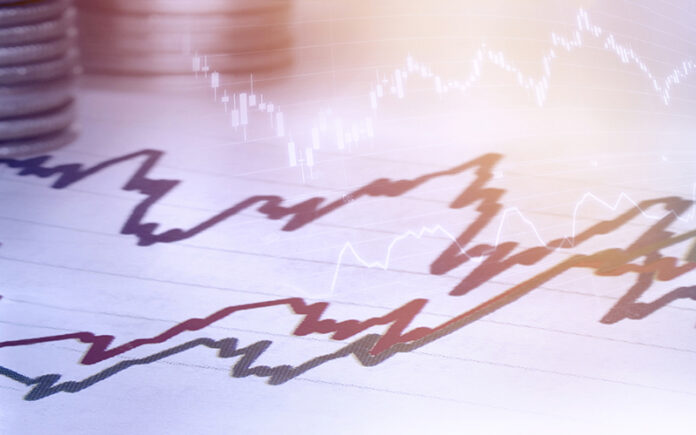 The consumer is seeing all manner of inflation lately – as seen in the media. That tends to obscure the kind of inflation the manufacturing sector is experiencing. The Producer Price Index jumped by more than 10% in 2021, and that is a surge not seen in years. Much of that can be attributed to oil and energy alone, but last year also saw major hikes in everything from steel and copper to aluminum and lumber, as well as the derivatives from the petroleum sector. In general, the commodity saw a sharp hike and that has been flowing downstream to all the products made from these commodities. The question is: Why have these hikes been so sharp? An equally important question? When can they be expected to come back down?

There are three very basic reasons for the variability of commodity pricing. The first and most obvious is demand. However, demand alone is not enough to drive prices up this fast and this high. It reasonably can be expected that producers will react quickly to increases in demand with higher levels of output, and this reaction would keep prices under some modicum of control. To get this kind of inflation, there has to be something interrupting the production decisions.

In the coming weeks, there will be adjustments to demand as the surge from 2021 largely has faded. The stimulus effort was massive. The government spent the equivalent of the Japanese GDP in one year and flooded the economy with cash. That ended up hard for consumers to spend as the service sector had been shut down. They either saved it (the rate of savings went from 6.0% to 38%) or they spent it on things. This created a surge of temporary demand for goods. Much of the consumer purchase was of imports, and the US ended up stimulating overseas economies such as China more than it stimulated its own. Now that demand is returning to normal, why is there still volatility?

The number one reason is that producers still are not seeing the resumption of normal patterns. Take oil as an example. Demand certainly is up and so are prices – a gain of nearly 40% over a year ago. Where has that demand come from? It is not from US drivers. The daily commute has not returned, with some 60% of people still working from home. There has not even been a resumption of driving for shopping trips and other errands as people rely more and more on online shopping and delivery.

The demand spiked due to geopolitics and the stand-off between Russia and Europe over gas pipelines and Ukraine. The oil producers know this latter issue could vanish if either the Russians or Germans change their positions. Copper production has been compromised by the election of a radical student leader to the Presidency of Chile. He has ordered the near shutdown of the nation’s copper mines, ripping a hole in global copper inventories. Commodity and inventories are lower than they have been in decades. Producers are cautious as they still are licking their wounds from the 2020 debacle when their inventories soared to levels not seen in 30 years.

The need to make up for the losses seen in 2020 is yet another reason for the higher prices seen in 2021. The reality is that nobody cried tears for the commodity producers when the bottom fell out of their market in 2020. The collapse of demand created a collapse in prices; oil fell to less than $10 a barrel. Everything was cheap and inventories were high. The losses were staggering, and these producers now are trying to recover some of that loss. In time, the hunt for market share will result in some of the more efficient producers dropping prices as a means by which to capture that market. This is something slated to emerge by the second or third quarter.

Throughout the last two years of crisis, manufacturers have – to some extent – avoided the worst of it. This obviously has not been the case for all manufacturers, as there have been sectors that have been slammed hard by the recession in 2020 and the myriad of problems triggered by high growth recovery in 2021 – but there have been trends that provided an unexpected benefit to other sectors. As we proceed into 2022, this pattern is likely to continue with more opportunity for gain in a wider variety of manufacturing segments.

The good news is the continued interest in reshoring and onshoring. The prime motivation for companies seeking to bring production back to the US has been the breakdown of the supply chain in 2021. It has become apparent that this is not a temporary phenomenon. The impact of the pandemic will last for years, geopolitical tensions are ratcheting up and the production cost advantages enjoyed by overseas markets have faded. More companies than ever have been seeking domestic producers.

There also is continued expansion of technology. The labor shortage in the US is not going away; therefore, the only realistic response is for manufacturers to turn more aggressively toward robotics and automation to do these jobs. The good news is that the technological gains have been impressive, and the costs have become more manageable. The advance in technological expertise has allowed the US to regain a competitive edge.

Lastly, there is the potential for global recovery. Exports account for over 15% of the total US GDP – about $2.1 trillion. Of that total, manufacturing accounts for over 83% of all goods exported. It is a huge part of the economy, and if the rest of the world has started to see recovery, that means demand for these exports will rise accordingly. The vast majority of US manufacturing exports go to 10 trade partners (Canada, Mexico, Japan, China, UK, Germany, Australia, South Korea, France and Taiwan). All 10 have been showing some definite signs of economic rebound.

Unfortunately, not everything can be perfect, and the continued inflationary pressure is something to worry about. In general, manufacturers get hit harder by inflation than recession. The fact is that most manufacturers are selling into larger companies and assembly operations. Fully 75% of US manufacturers have less than 25 employees and are classified as small- to medium-sized businesses. They get hit by higher-priced commodities and intermediate parts, higher logistics costs and higher labor costs and rarely have the opportunity to pass these hikes onto customers. There is only so much of this inflationary environment manufacturers can handle. At this point, the assertion is that inflation will start to recede by the second quarter, but it still will remain higher than it was even in 2019. If wage inflation takes off and starts a wage-price spiral, the threat becomes even more pronounced.

Consumer retreat also is important to think about. The consumer was able to muddle through the recession in 2020 with a great deal of government help. The US spent the equivalent of the Japanese GDP ($5 trillion) on stimulus of some kind or the other. That allowed the consumer to keep spending and resulted in a massive increase in savings. At one point, the global economy had over $7 trillion in excess savings – and that was the cash that drove all the spending in 2021. The savings overhang now is depleted; there is no more assistance in the cards from Congress and the Federal Reserve has switched gears and now is oriented toward fighting inflation with reduced bond buying and higher interest rates. This means consumers are basically on their own this time. If there is a downturn, American consumers can’t expect a lot of help. That could mean a sharp reduction in their willingness to focus on consumer-based services or goods.

The latest outbreak of the virus has pushed consumers back to a more cautious position – not as drastic as that which took place in 2020 but restrained, nonetheless. The optimistic outlook holds that the omicron variant starts to fade by the second quarter and consumers respond with another round of spending.