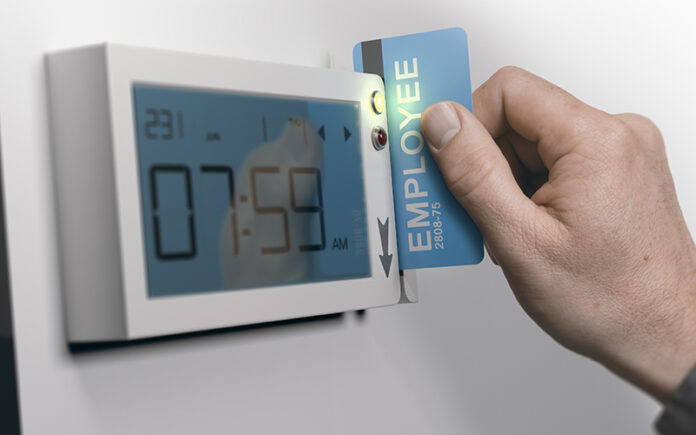 Staffing operations, a challenge before the pandemic, is more difficult than ever. To attract workers, companies are raising wages, expanding benefits and shortening the workweek to help employees achieve a better work/life balance.

A shorter workweek, often a four-day schedule, already is in place in parts of Europe and experiencing growing interest in the United States. According to 4 Day Week Global, a nonprofit community dedicated to reducing work hours, 85% of US adults approve moving to a four-day workweek and 63% of businesses find a four-day workweek makes it easier to attract and retain talent.

There are, of course, potential downsides. Many fear a decline in productivity, but experience so far seems to indicate productivity largely is unaffected or actually improves. That said, an alternate work schedule may not be practical for companies that run lean, increase the length of the shift to shorten the number of days worked per week or depend on timed processes.1

Although it’s not on a four-day week, Metro Plastics, a custom injection molder in Noblesville, Indiana, is a veteran in alternate work schedules. It transitioned from a 40-hour workweek to a 30-hour schedule (five days of six-hour shifts with weekends as needed) more than 20 years ago to overcome labor constraints. “We considered forced overtime, but that would have caused a lot of stress for most of our workforce, and we didn’t think it would be successful long-term,” recalled Lindsey Hahn, CEO at Metro Plastics.

He reported, “We kept the wages the same but paid everyone on the schedule for 40 hours if they worked the 30 hours and were not late any time that week. Because of the schedule, there was no lunch break or other breaks. Some smokers could not go that long without a cigarette and decided to leave. Once everyone adjusted, the schedule worked very well. It increased our potential labor pool. We were able to attract students, single parents, retirees and others that find this schedule better fits their lifestyle needs.”

As time passed, it became harder to find workers, and absenteeism increased. The pandemic accelerated these trends. Since being late or absent for a scheduled shift meant loss of the 10-hour bonus, fewer workers were earning 40 for 30 each week. Workers, especially younger workers, began viewing the program as a penalty rather than a bonus. To address this concern and appeal to a broader pool of prospective employees, Metro Plastics added a 40-hour workweek option. The 30-hour workweek remains, but no longer pays the 10-hour premium.

Each schedule offers the same base wage. Offering both schedules attracts those who need a shorter shift to meet their other responsibilities, as well as those who want the opportunity to earn a higher income. About 75% of the Metro Plastics workforce remains on the 30-hour schedule. The transition to a dual-schedule workweek has been smooth. Hahn reported, “Our shift supervisors have handled it really well. They know when people are coming in and when they are leaving. A flexible work schedule is a challenge to keep track of but attracts workers, and that’s the major issue right now.”

Makuta Technics, a highly automated injection molder of tiny plastic parts, primarily for medical and pharmaceutical applications, transitioned to a four-day, 32-hour workweek at the beginning of 2022. “Everyone works first shift to prepare the production area to run 16 hours (or over the weekend unattended),” said Stu Kaplan, owner and president of Shelbyville, Indiana-based Makuta Technics.

The company already was running lights-out overnight and Friday evening through Monday morning. On the weekends, someone comes in for an hour to check materials and parts. Cameras, robots and phone apps make the lights-out operation possible. “So,” Kaplan explained, “we figured, why not offer the incentive of a three-day weekend? Now each operator takes the initiative to ensure parts are made and inspected and makes the decision about whether it’s necessary to come in on Friday. Most weeks, everyone gets a three-day weekend.”

Recommendations for Transitioning
to a 4-Day Workweek

Before making the transition to a four-day workweek at the beginning of 2022, Makuta Technics considered other options, such as a night shift and staggered shifts. “We’ve never had a night shift and didn’t want to start one, and everyone told us a traditional first-shift schedule was what they preferred,” he explained.

The transition was simple. Kaplan said, “We just extended what we already were doing for the weekend. Now we start with a five-minute meeting each morning to organize set-up and production.” He admitted he was concerned about the transition, but it has worked out well for everybody. He said, “It works because it matches our business model. We are highly automated and always have allowed technicians to take the initiative to get the work done.”

It’s too early to see the impact of the four-day schedule on employee retention or recruitment, although Kaplan believes it will be appealing to prospective employees. The impact on retention might not be obvious since the company’s turnover is low.

So far, the main business benefits are an awareness of what has to be accomplished each day to enjoy a three-day weekend and ever-improving communication among technicians, supervisors, engineers and managers. “It may sound crazy,” said Kaplan, “but changing the work schedule requires changing the company culture.”

DeKALB Molded Plastics also has struggled to staff its operation. “We used to run seven days a week, now we run five,” reported Rick Walters, president and CEO of DeKALB Molded Plastics, a custom structural foam molder in Butler, Indiana, in DeKalb County, where the unemployment rate has been less than 2% for more than a year and wages have gone up 30%.

After trying sign-on bonuses and rewards for perfect attendance, the company began looking for new ways to attract workers, especially molding machine operators. Walters said, “It became clear early on that work/life balance was more important than pay scale for many prospective employees.”

So, the 40 for 30 Program was developed and launched in July 2021. It is a six-hour-shift-per-day, five-day-a-week schedule. Employees who work their assigned shift (5-11 a.m., 11 a.m.-5 p.m., 5-11 p.m. or 11 p.m.-5 a.m.) for five days would be paid for 40 hours. “Existing staff was tired of working all the time and embraced the idea, so we decided to give it shot and put up a big sign outside our building, posted information on our website and social media and did an interview with a local TV station,” recalled Walters.

He reported, “We quickly found out we needed more flexibility. Arriving at 5 a.m. doesn’t work for everyone, so we modified the program to offer other options like 7 a.m.-1 p.m. or 9 a.m.-3 p.m.”

A few people were hired, including retirees and people who wanted a second job to save toward a specific goal. Walters admits, the response was disappointing, and participation has dwindled. He said, “We continued to battle absenteeism, which prohibited the extra pay (40 for 30) provision. Unfortunately, we have tabled the program.”

Although the 40 for 30 Program didn’t meet expectations, it did have a positive effect on company culture. It’s a tighter-knit organization that has become better at showing appreciation to team members and meeting needs.

Walters concluded, “We have become very flexible about time off. We don’t have a rigid attendance policy. We try to work closely with the team, listen carefully and pay more attention to why the time off is needed. We’ve also become more aware of mental health and have expanded our Employee Assistance Program. We are proud of our efforts and what we learned. The impact has been good and still is evolving.” 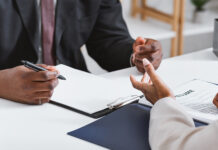 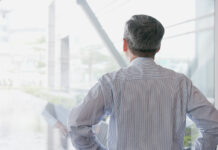 Who Supports the Leaders? The Role of the Business Support Team 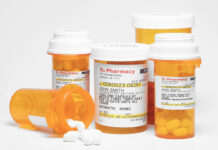 Don’t Take the Medicine Yet!