To say that 2020 will go down as one of the most difficult years in recent history is hardly an exaggeration. For many, the coronavirus pandemic led to job losses, reduced business and general economic uncertainty. Transitioning into a major leadership role at such a time would be daunting for anyone, yet that is exactly what Jenn Barlund of Falcon Plastics did. Formerly the plant manager for the company’s Brookings, South Dakota, location, Barlund was appointed director of operations in early 2020, with plans to transition to president of the company in 2021 – just in time to face what could be the most challenging time in her career.

“With everything that happened last year, it was not a great time to switch positions,” Barlund admitted. “There was a lot going on with layoffs and making tough decisions. It really was a time of learning, growing and coming together as a team. In the end, we’ve managed to figure it out.”

Originally founded by Barlund’s grandparents, Don and Carol Bender, Barlund is among the third generation to take on a leadership role in the family business – but only after working her way up through multiple positions throughout the company. While attending South Dakota State University, Barlund worked part time at Falcon where she did anything from administrative assistant to assembly to operations and customer service. “At one point, I was even a janitor,” she recalled. “I filled in wherever was necessary and picked up jobs as I could in a number of different areas of the business.” Taking on so many different roles while still going to school gave Barlund her first real taste of the business and would lead her to continue seek out further opportunities with Falcon after graduating.

“When I graduated in 2012, I applied for the open marketing coordinator role,” she said. Having obtained a degree in entrepreneurship with a minor in marketing, business management and economics, it felt like a good opportunity to explore. She would spend the next four years in that role. “It was a great opportunity, and I really enjoyed it,” she said. “But it was a brand-new role so there were no set procedures or processes, and no one who could help teach or coach me in the role. I really only had my minor, and the professor who taught me, to lean on in developing that department for Falcon Plastics. I got to the point where I was yearning for something different and yearning to get back on the plant floor.”

According to Barlund, she always has been a problem solver and, as it turned out, marketing was not where she wanted to be. “It was not the right fit for me. The time I most enjoyed was being able to work in the plants in operations, whether it be on the floor or customer service or even some of the human resources roles I’ve served in.”

With that in mind, Barlund left Falcon for a time, moving to Detroit, Michigan, to work as a data analyst for Harbour Results. This allowed her the opportunity to explore different tool shops and other plastics injection molders. “The experience I got in data analytics and the time I spent with Harbour Results led to a profound transformation in my career. It felt like a crash-course MBA,” she explained. “Working for Harbour Results allowed me to not only gain insight into industry trends and patterns, but it also allowed me to benchmark Falcon Plastics against many in the tooling and plastics industries. I then was able to transition back to Falcon and bring a wealth of knowledge on how we can grow and become more competitive.”

By this point, Barlund had a better idea of what she wanted to do with her career, and it revolved around the facilities and operations side of things. “I had noticed that the Falcon plant in Lexington, Tennessee, had a production manager position open,” she said. Despite not having any management experience, Barlund applied.

“They had vetted four other candidates who they thought could be effective in the role as well,” she said. “After they interviewed all of us, they came back to me and said they felt I was a good for the position. Even though I didn’t have the management experience, I knew the business.” And so, Barlund left Detroit for Tennessee, returning to her Falcon roots.

Barely 10 months after she joined the Tennessee team, Barlund received a surprise offer from the Brookings facility to take the plant manager position. “At that point, I was just getting into a groove in Tennessee. I loved what I was doing and the team down there,” she said. “After a lot of back and forth, and many conversations with my mentors, I decided to jump two feet in and accept the position. Fortunately, the team we have in place in Brookings is exceptional and made my transition seamless.”

“The timeframe when I held the plant manager position was a huge growth period for me,” she recalled. “It was probably the most impactful time in my career, and. I am very thankful for the opportunity and the team that was around me.”

On January 1st, 2020, Barlund was offered the director of operations role, which gave her the opportunity to run all four of Falcon’s US facilities. At the same time, Kyle Bender, Jenn’s cousin and third-generation leadership partner, also had been promoted to director of manufacturing technology. Not only was this a great opportunity for Bender and Barlund, but it gave owners – and brothers – Jay Bender and Guy Bender the chance to take a step back from the business and let the next generation step up.

“The leadership transition was something that had been in process for a few years,” Barlund explained. “We didn’t want to wait until Jay or Guy were ready to retire. We all wanted a smooth transition, with time for training. With both my and Kyle’s role changes in 2021, it was an opportunity for Guy and Jay to say, ‘Okay, Jenn and Kyle, let’s see what you can do here.’ This was actually the perfect time to start making the transition.”

Growth and adjustments during the pandemic

Everything that soon would follow in the wake of COVID-19 would test Barlund’s management and leadership skills in ways no one could have predicted. Despite the challenges, it became clear that Barlund and Bender were ready to take over the business. “With everything that happened last year, it really positioned Kyle and me – in Jay and Guy’s minds – to move forward as leaders of the company,” Barlund said.

The transition began taking place largely behind the scenes, with Barlund officially taking over as president of the company on April 1, 2021. “Jay and I were very connected throughout the last year,” she said. “Behind the scenes, he really gave Kyle and me the reins to lead and make decisions. I think it was kind of a test to see if it would work moving forward, so we were both able to explore our leadership positions before it became public.” Now that her role as president and Kyle’s new role as executive vice president have been announced, Jay and Guy have remained with the company to continue answering questions and making the transition as smooth and comfortable as possible.

Barlund’s move into the presidency came at a challenging time, given the additional stressors of the pandemic. “If you ask me what keeps me up at night, it’s always the people,” she said. “It’s knowing that I have 350 employees and their families relying on these jobs and this business. Making sure they are taken care of, that we have jobs for them, that we’re treating them with respect and with the same values the company was founded on – that’s what keeps me up at night.”

For Barlund, going through layoffs because of COVID-19 was one of the hardest aspects of her new position. “Having to go to good employees and say, ‘We don’t have a job here for you tomorrow’ was absolutely devastating,” she said. “I’m confident that was the hardest thing I’ve had to do to date in my career.” Having to conduct layoffs is never easy, but the decision to cut some jobs in order to save others was a necessary measure to keep the company afloat during the worst of the recent economic crisis. As Barlund noted, “If you continue to operate at a level that is beyond what you can support, no one has a job in the end.”

Luckily, Falcon Plastics’ employees have been very understanding and supportive during these difficulty times. “If there is a silver lining in all of this,” she said, “It’s how incredible our employee base has been. A lot of our employees have said to us, ‘We know you’re doing everything you need to do for us, and we trust you. Hopefully when this is over, we can come back and be a stronger company.’ For them to relay that message to us just reiterates how strong of a team we have and how much of a family we really are.”

While there have been many challenges, there also have been important lessons learned during this time for Barlund and the company. “Looking back, one of the biggest lessons we learned from COVID-19 was that the facilities that were hit the hardest were those that weren’t diversified,” Barlund stated. Moving forward, strategies are being developed and employed to ensure that the company can flex and sustain its employee base through any future business fluctuations.

“Being able to look back and ask, ‘What were our lessons learned?’ has been so important, so that if we’re ever in this position again we’re in a better position to weather the storm,” Barlund explained. “We didn’t get to the end of 2020 and think, ‘We made it; let’s keep moving forward!’ We thought, ‘We made it; let’s pause and reflect, so we can learn and grow. That’s the kind of edginess the Falcon team has that makes us really good at what we do.”

Despite the difficulties of the past year and a half, Barlund is able to find a silver lining in all the chaos. “I’m thankful all of this happened early in my career,” she said. “I now have that experience to carry with me in everything we do. As a team, we now pause to think through situations and opportunities in a way we have never done before. We ask ourselves: Is this best for our business? Will this withstand if we go through another recession or pandemic? We are conducting the right amount of risk analysis on external opportunities and scrutinizing our internal systems.”

With the leadership transition well in place and the pandemic slowing down, Barlund is looking to the future and making big plans for the company. “When I look at the five-year strategic plan my team and I have developed, we have high expectations for growth,” she stated. “Falcon Plastics now is seen as a molder of choice in the industry, which is something I’m extremely proud of.”

According to Barlund, the company has been flooded with several requests from large companies – which is a welcomed change from the slow sales cycle of 2020.

“We’ve grown quite a bit these last few years, so the next step of growth that we see includes almost doubling the size of the business,” she continued. “With the processes we’ve put in place and the structures we have in our facilities, we feel like that is a very attainable goal. It’s an exciting time, and there is a lot of momentum.”

Barlund added, “We’re going to have to ensure we are ready for the influx of business, but I have no doubt that the team we have in place is prepared for the challenge!” 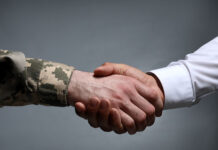