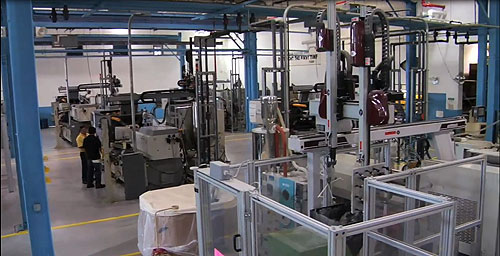 Many companies tout their employees as their greatest asset. Few walk the talk. Hansen Plastics Corporation’s laser focus on its employee-owners has resulted in consistent forward motion, including more than $20 million in sales growth over the past six years and a planned move to a new facility in 2015.

Existing for the employee

“It’s been a lot of fun,” said Roy Lilly, current president and CEO of Hansen Plastics. “We’ve been in business for a long time, and this is still a fun place to be.”

Hansen Plastics was founded in 1971 in Elgin, Illinois, by Elmer Hansen, a mold designer who moved into injection molding at the request of a customer. The company has developed a niche as a tight-tolerance precision molder, working with a diverse customer base that includes automotive, life safety, appliance, transportation, fluid handling and more.

Elmer Hansen grew the company to about $5 million annually in sales and, when Hansen began to investigate retirement strategies in 1991, he had opportunities to sell the company, “but, Elmer knew the company itself would change significantly, and he didn’t want to see that happen,” explained Lilly. “Instead, he decided to sell the business to the employees.”

Hansen, who developed an interest in politics, entrusted day-to-day business operations to his employees. He wanted to thank the employees who had kept the company going and, in 1991, sold a portion of Hansen Plastics to the employees while retaining an ownership interest. As time progressed, Hansen sold greater shares of the company to the employees, resulting in a 100-percent employee-owned business by 1998.

The company’s 111 full-time employees share in the profits through stock acquired throughout their employment that acts as a retirement benefit, in that the company buys the stocks from the employees at retirement age. In addition, a percentage of profits is shared with employees as a bonus twice a year, and the company matches up to four percent of 401(k) contributions. “This company exists for our fellow owners and employees,” Lilly explained, “which is a little different from the operating theories behind most companies. Our goal is to allow our employees to live a productive, wonderful life and feel secure in their retirement. We want to help them grow and ensure their futures. In turn, we have very low turnover, and the attitudes of our people – since they actually own a part of the company – are totally different from an employee punching the clock.”

The first management team under the new ownership plan, led by David Watermann, grew annual sales to about $11 million over a 10-year period. Over the last six years, the current team has grown it to $32 million. “Were having a ball! We still have those sleepless nights,” said Lilly, “but, overall, it’s an exciting time to be in the business.”

Achieving results with training and technology

Hansen Plastics invests heavily in both the technology required to accurately mold tight tolerance parts for demanding end-users and the training required to grow its employees for long-term success.

“We’re working with companies that require a top-notch product when it comes to reliability,” explained Lee Shawback, who works in business development and engineering. “We’re molding products that require a high level of dimensional accuracy.” To that end, every Hansen Plastics injection molding machine is wired with real-time process control equipment and fully integrated with its ERP system. Every facet of the manufacturing process, including inventories, resin consumption, cycle times, production schedules, cost accounting and mold maintenance, is available with one click.

“Controlling the data helps us control our processes,” said Shawback. “The differentiation that technology brings is real. At the end of the day, customers want product reliability and profitability, and because of the technology we’ve implemented, we can tell if a part is good or bad before the mold even opens. Then we show our customers the technology and the processes that go into that reliability. In the end, it makes everyone more profitable.”

The technology is only the first step in ensuring a high-quality product is sent to each customer. “We can’t sort quality into the product,” Lilly said. “Instead, we have to make a quality product right off the press. While we love our quality department and we value each and every one of them, it’s really the training programs we do on the floor that sets the tone. It doesn’t matter how good your quality department is if you’re making bad parts. The customers will eventually see them.”

Lilly and Shawback credit much of the company’s success in achieving high quality standards to a firm commitment to training, specifically in RJG’s decoupled scientific molding process. Hansen Plastics has an on-staff certified RJG Instructor who teaches master molding to employees, as well as to customers and vendors. “We invite our customers to come in at no charge and learn,” said Shawback. “The more educated our customers are, the better chance we have of gaining work from them. Everyone at Hansen who can affect quality – including our salespeople – go through the systematic molding program.”

However, the training program doesn’t limit itself to molding processes. “We also have the Hansen Development Series that we utilize for current and future managers,” explained Lilly. “We try to prepare our employees/owners by training them in principle-driven leadership, integrating critical management and supervisory principles with communication skills, while also improving team accountability and change management. We try to train them before they get into a position where they need an understanding of those things.”

The ROI of such an initiative can’t easily be qualified, but Lilly knows there is immense value. “We can try to measure the effectiveness of our program with scrap percentages, downtime, customer satisfaction or growth – and, in all of those areas, we’ve made improvements – but, to put a finger on it and say ‘I know my training is working because the scrap rate is down’ could be misleading. We believe in the system, and we believe its value shows when we look at the overall wellness of the company.”

“The better trained we are, the more secure our company is,” Shawback explained. “I can’t think of a job we’ve lost in the last six years.”

In fact, growth is on the horizon, and Hansen Plastics is preparing for a significant change in 2015. “We’ve outgrown our facilities,” said Lilly. “Right now, we have two manufacturing plants and a separate warehouse, but we’re going to bring those together.”

The company is in the final stages of drafting the building layout for a new 136,000-square-foot manufacturing space. Permits have been submitted, and Hansen Plastics is working with the city of Elgin to put a business development plan in place. “We’ll have approximately 55,000 square feet of manufacturing space, 9,000 square feet of front office space and 20 dock doors in the warehouse area,” said Shawback, who is leading the relocation. The company has made several equipment purchases, including two 10-ton cranes, new compressors, new material handling systems and a new process cooling system.

“This is not a cosmetic or aesthetic move,” Shawback explained. “This is about efficiency, productivity and being able to compete on a global scale.” As such, the company has brought in Harbour Results to consult on facility configurations that enhance efficiencies, which includes placement of a central material loading system and silos. The new facility also will be able to support a minimum of 90 presses, significantly above the current 65 presses at the existing plants. “We’ll have nearly $4 million in new equipment in this facility, with the capacity to support 40-50 percent more in sales than we’re able to support at this time. We’re very excited about what this will mean for our future,” he said.

Hansen Plastics will take possession of the facility on or about Feb. 1, 2015. “Our current building lease isn’t up until March of 2016, so we aren’t going to rush,” said Lilly. “This will be a slow, controlled and organized move. We’re going to try to leave our bad habits behind.”

One thing not left behind? The employees. Another key feature of the new facility is its proximity to the current plant location. “We are moving exactly seven minutes away from our current facility,” said Shawback. “It was very important to us that we not lose any employees because of this move.”

As Hansen Plastics prepares for a momentous year, the company is steadfast in its commitment to its principles, including a strict adherence to market diversity. “We have an internal rule that no industry should dominate our sales by more than 25 percent,” said Lilly. “We don’t want to slow down our growth, so when one segment grows – such as when automotive went from four percent to 16 percent in 18 months – we have to grow our other industries.”

The company also has committed itself to maintaining more intangible characteristics as it moves on to bigger and better things. “The qualities we hold most dear are honesty with ourselves and our customers, respect, humility, diversity and knowledge,” Lilly explained. “Those are things the people on our floor hear every day in our meetings. The principles date back to Elmer’s time in the company, but when we started talking about core values, we realized that while we always followed them, we had never taught them. That changed when we began daily meetings.” The daily meetings include sales figures, scrap rates and the eight sins of waste, but the core principles are what continually scroll on television screens placed throughout the facility. “We keep drilling it in because we want everyone to understand how these qualities form the foundation for what our company is at its base.”

Lilly and the management team also take time to listen to the employees, ensuring that the employees remain involved in the operational aspects of running the business. “To sit in an office and try to change a process is impossible,” said Lilly. “The people who know the process are the ones on the floor doing it. So, we listen to our people. They educate us as much as we educate them.”

Elmer Hansen has remained on the board of directors for Hansen Plastics, providing a wealth of tribal knowledge that begins at Day 1 for the injection molding company. Lilly, who now has been with Hansen Plastics for 36 years, said Hansen’s contribution to the company’s culture can’t be underestimated. “Our company philosophies, such as controlled growth and reinvesting in our business and workforce, come from him. Our traditions and the way we approach our business are results of what he put into the company.”

Shawback added, “There’s so much pride in what we do here. This is our life, and we want our employees, our customers and our vendors to be a part of what we’re building.” The path forward, however, lies in the hands of the employee-owners of Hansen Plastics and, with an expansion in the works that will allow significant growth, the future looks bright. 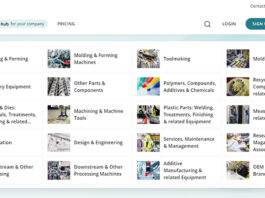 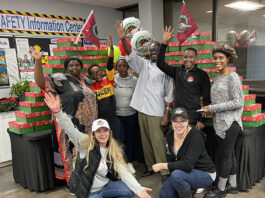 View from 30: A Higher Meaning to Work at Belmont Engineered... 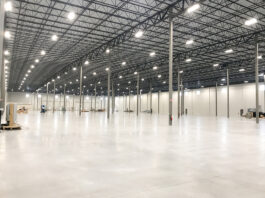