As most mold maintenance audits reveal, both internal and external water leaks continue to be the frontrunning causes of unscheduled mold downtime. Pitting – the simple act of electrons from one steel component migrating to another – wastes thousands of company dollars per year through excessive repair hours, additional tooling costs, press idle time, scrapped parts and missed or late orders. Molds and components have been prematurely replaced when they could have – and should have – made thousands of more cycles and parts, if only specific precautions had been taken to prevent, or at least slow down, the erosion.

While pinched, cut or missing o-rings and other assembly oversights share responsibility as root causes for water leaks, rusted and pitted o-ring glands continue to be the main factors. Corrosion- preventative measures can be taken in mold design or through maintenance practices to save money.

Working 24/7 and nourished by heat, pressure, water and oxygen, rust takes no time off as it slowly eats away at molds. 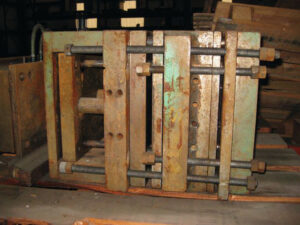 The eroding steel that is the result of this electrochemical reaction usually goes untreated until the leak is sufficient to stop production. Only then is a spotlight shined on the problem, and questions arise. From there, the focus of maintenance revolves around what is necessary to quickly get the mold back into production. In other words, focus is thrown onto stopping the leak versus stopping the rust.

Band-aiding the leak is usually handled by

These are cheap and short-term fixes that don’t solve the problem, causing repair technicians to try again and again for a solution.

When molding critical parts, as in medical products, any kind of water leak that could possibly migrate to the product is cause for shutting down. On other, less critical-to-life products, I have seen major water leaks simply “re-directed” into buckets in an area around the press to keep the mold in production as long as possible. Is this shop floor ingenuity or poor molding practices? It depends on the culture of the manufacturer.

So as not to lose sight of reality here, there are companies with molds whose yearly volume requirements and/or customer resistance leave little money to repair a leak professionally and permanently. Those molds are set with rags tied where necessary to absorb and redirect the dripping water, with little thought given to related issues that occur when operating in this mode.

Then there are the “tweeners”. In these situations, a misguided decision is made to deal with random leaks as they occur by performing one of the “maintenance” steps outlined earlier.

More involved, but permanent, repairs include grinding plates and tooling (usually involving dimensional restacking) or welding, brazing or nickel plating for future protection. If the leak is unfixable (cracked water lines or tooling), skip the repairs and buy a negative pressure thermolator that draws water through the system rather than pushing it through.

In molds, most water leaks occur around static seals where dissimilar metals, such as a P-20 plate, contacts hardened steel tooling, such as A2, D2 or S7. This dissimilar contact sets the stage for the formation of Fe203, the reddish form of iron oxide that we know as rust. The oxide is a larger molecule than iron, so it puffs up and cracks, which exposes bare metal. Mobile oxygen in the metal moves deeper into the base steel, continuing destruction and creating the “rust lives” mythology.

Cavity blocks and cores are the typical victims, where the walls and bottoms of glands pit and erode until the o-ring can no longer conform to the depth of the pit and water seeps past. The leaks can be enhanced by a mold’s opening and closing, acting as a virtual pump by slightly moving or shifting tooling with every cycle. This opens stress cracks that would normally not leak during a static bench test of the circuits.

But is anybody going to automatically send the mold out to get the leaks fixed correctly (i.e. Welding, milling, grinding and/or resizing the o-ring) just because it’s the right thing to do? Not likely, unless there is viable return on investment in it. This is why it is important to assign an accurate cost to any problem a mold suffers. “Show me the savings” is the name of the game for justifying any repair.

Knowing the true costs of water leaks in a company can be difficult for those that collect data using journal entries in typical work order systems. This fact alone provides a viable excuse for those inclined to not worry about water leaks until they interrupt production. But the numbers, when viewed as a whole and compared to the entire unscheduled stop list, can provide a convincing argument that something needs to be done to eliminate water leaks.

Let’s take a look at a typical company’s water leak costs for one year after it started tracking issues through a Defect Analysis report. This company discovered some startling facts about the overall costs of the simple water leak, as seen in Chart 1.

In one year, 28 molds were stopped for internal water leaks, with four more stopped because of external leaks (not shown here) where hose lines popped off, were too short or wore through (which soaks the entire mold vs. just one area).

We can see from the Stop Reason Count (Chart 2) that the problem was spread among 14 different molds, with two molds accounting for 36 percent of the total leaks in frequency and costs.

Based on this list of leaking molds, the worst actor (6169) accounted for six stops, so this is a good place to start. Further review of the Corrective Action history revealed the mold had four o- ring groove locations that were pitted and in need of welding, refacing and stripping. Re-plating also was done, with the entire 18x24x2′ plate surface re-plated in nickel. The cost of this repair included $675 to weld and spot face the four grooves and another $300 to apply nickel plating for a total cost of $975, making the ROI for this repair about four months since volumes were to remain constant in the upcoming year. Looking at it from this perspective makes the repair decision a no- brainer.

It isn’t a good decision to automatically assume the cost of putting up with random water leaks is a less expensive means of dealing with them versus eliminating the problem. When looking at total costs, it becomes an easy and justifiable decision to fix the mold right. I also would question the high number of total leaks (28). Maybe some training in installing o-rings is in order.

The company can now proceed to the next most frequent/costly defect the molds suffer and eliminate it also, tackling each defect one at a time. Reducing costs of unscheduled downtime by 50 percent or more means thousands of dollars in savings, increased capacity and less stress in the shop and on the molding floor.

Steven Johnson is operations manager for ToolingDocs, a provider of mold maintenance training and consultation based in Ashland, OH. He designed and developed MoldTrax™, a documentation software system for tracking mold performance and maintenance. To learn more, call 800.257.8369 or visit www.toolingdocs.com. 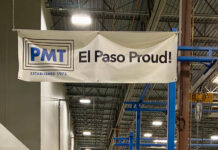