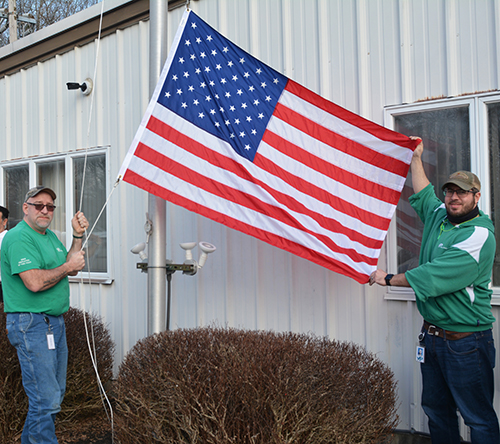 Each year, Viking sends several members of its team to the MAPP Benchmarking Conference in Indianapolis, Indiana. Held every year in October, the conference brings together leaders of the industry to help plastics companies improve operations and tactics.

“MAPP has been there for us as a resource for plant improvements,” said Goodsel. “And the Supplier Partnerships have saved all members, including Viking Plastics, a lot of money over the past 15 years we’ve been a member. We embrace our membership in MAPP and look forward to a bright future in the plastics industry. We thank MAPP for this beautiful American flag, and will display it proudly in our Corry, Pennsylvania, headquarters.”

Established in 1997, MAPP is a nonprofit trade association for plastics manufacturers and is the largest organization in the US plastics industry. MAPP is driven by a board of directors that is made up of owners and presidents of leading plastics companies.

In a letter from MAPP, Executive Director Troy Nix thanked Viking Plastics for their years of faithful and active membership.

“We especially want to recognize the contributions your company has provided to other member executives with a very small token of your gratitude by presenting you with our nation’s colors,” wrote Nix. “We strongly believe the gift of this American alag, a symbol of our freedom, ingenuity, perseverance, integrity, strength, and leadership is one of the greatest gifts that our association could provide to its long-term members.” 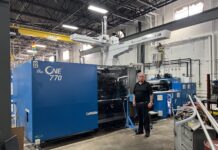