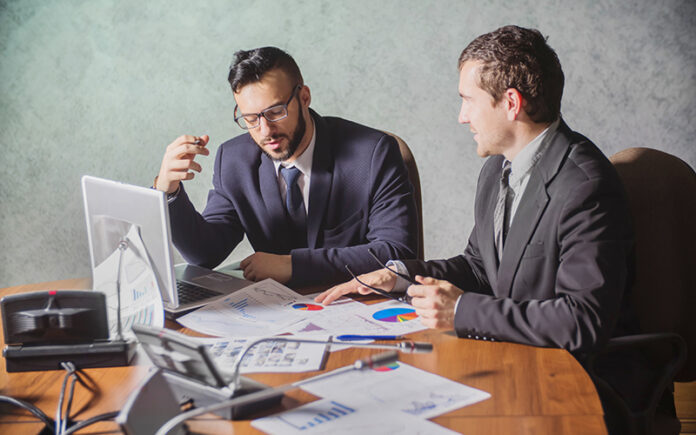 In their article, “The Feedback Fallacy,” in the March-April 2019 issue of Harvard Business Review, Marcus Buckingham, head of people and performance research at the ADP Research Institute, and Ashley Goodall, senior vice president of leadership and team intelligence at Cisco Systems, argue that a trend in workplace feedback for employees – delivering blunt, harsh critiques – is counterproductive.

Buckingham and Goodall assert that “telling people what we think of their performance doesn’t help them thrive and excel, and telling people how we think they should improve actually hinders learning.” To genuinely help employees do better, one needs to examine fallacies about truth, learning and excellence; then one can offer feedback that is truly valuable. Here are five key points from the article.

a. The authors believe that it is a mistake to think that people can rely on critical feedback (truth) from others to identify and correct their own weaknesses. They write that “humans are unreliable raters of other humans,” and cite research showing that feedback is always more a reflection of the speaker than of the person critiqued. If feedback cannot provide objective truth about another, what one can credibly offer is an assessment of one’s own feelings and reactions.

b. The authors reject that imparting information, via feedback, “is the magic ingredient that will accelerate someone’s learning.” They describe learning as “less a function of adding something that isn’t there than it is of recognizing, reinforcing, and refining what already is.” The brain, they write, grows most where it is already the strongest; learning, they posit, takes place bit by bit to build on an existing framework.

Buckingham and Goodall suggest that employers help people excel by recognizing their successes and calling out their strengths. “By helping your team member recognize what excellence looks like for her – by saying, ‘That! Yes, that! – you’re offering her the chance to gain an insight,” they write. “You’re highlighting a pattern that is already there within her so that she can recognize it, anchor it, re-create it, and refine it.”

The authors suggest sharing subjective reactions, both positive and negative. Key to this is to “own” one’s reaction, and present it not as judgment, but as how it made one feel. Instead of saying, “Can I give you some feedback,” try “Here’s my reaction.” Rather than “Here’s where you need to improve,” try “Here’s what worked best for me, and here’s why.”

Goodall and Buckingham suggest calling time-outs, but in a positive way. To help people excel, seize the opportunity to interrupt them in mid-excellence to point out where they are excelling and to give subjective feedback. Rather than stopping the presses when something goes wrong, stop the presses to declare that something has gone very right.

5. Tap the past and present to inform the future

When people solicit feedback, the authors suggest responding with a three-pronged approach.

“Start with the present,” they write. “Rather than tackling the problem head-on, ask your colleague to tell you three things that are working for him right now. These things might be related to the situation or entirely separate… Getting him to think about specific things that are going well will alter his brain chemistry so that he can be open to new solutions and new ways of thinking or acting.”

Flash back to the past. Ask the colleague what he did in the past to tackle a similar problem. “Much of our life happens in patterns,” they write, “so it’s highly likely that he has encountered this problem at least a few times before. On one of those occasions he will almost certainly have found some way forward…. Get him thinking about that and seeing it in his mind’s eye.”

Lastly, Goodall and Buckingham suggest conjuring the future. Ask what the team member already knows about how to resolve the situation. “By all means,” they write, “offer up one or two of your own experiences to see if they might clarify his own. But operate under the assumption that he already knows the solution – you’re just helping him recognize it.”

Feedback is always ripe for improvement. To read the entire article, visit https://hbr.org/2019/03/the-feedback-fallacy.