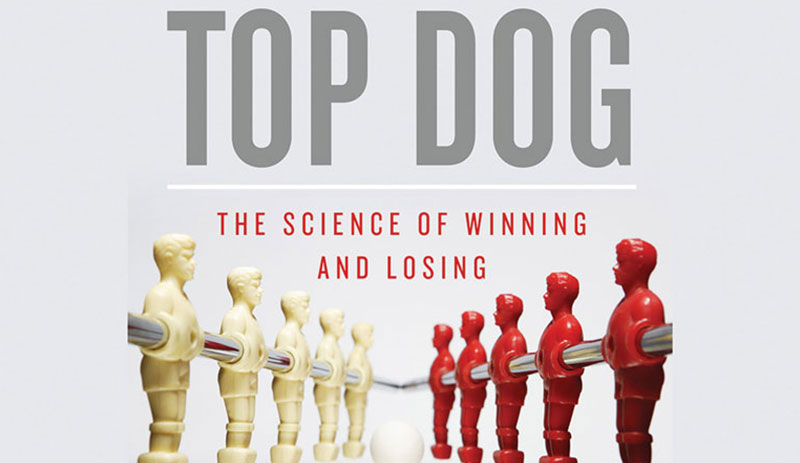 Legendary football coach Vince Lombardi said, “Winning isn’t everything – but wanting to win is.” As humans, we’re programmed to want to win. We compete against ourselves and against others, measuring our gains and losses against any stick we can find. But, do we understand where the finish line is?

This issue’s Booklist is about the ways we can win in business, from a new book by Simon Sinek to a slightly less serious tome by the author of the Dilbert comics. 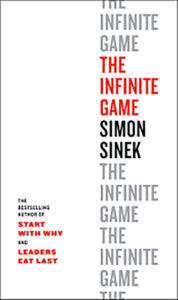 How do we win a game that has no end? Finite games, like football or chess, have known players, fixed rules and a clear endpoint. The winners and losers are easily identified. Infinite games – games with no finish line, such as business or politics, or life itself – have players who come and go. The rules of an infinite game are changeable, while infinite games have no defined endpoint. There are no winners or losers – only ahead and behind. The question is, how do we play to succeed in the game we’re in?

In this revelatory new book, Simon Sinek offers a framework for leading with an infinite mindset. On one hand, none of us can resist the fleeting thrills of a promotion earned or a tournament won, yet these rewards fade quickly. In pursuit of a Just Cause, we will commit to a vision of a future world so appealing that we will build it week after week, month after month, year after year. Although we do not know the exact form this world will take, working toward it gives our work and our life meaning. Leaders who embrace an infinite mindset build stronger, more innovative, more inspiring organizations. Ultimately, they are the ones who lead us into the future. 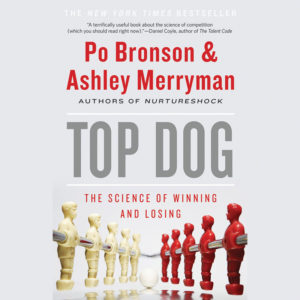 Po Bronson and Ashley Merryman’s work changes the national dialogue. Beyond their bestselling books, you know them from commentary and features in the New York Times, CNN, NPR, Time, Newsweek, Wired, New York and more. In Top Dog, Bronson and Merryman again use their astonishing blend of science and storytelling to reveal what’s truly in the heart of a champion. The joy of victory and the character-building agony of defeat. Testosterone and the neuroscience of mistakes. Why rivals motivate. How home field advantage gets you a raise. What teamwork really requires. It’s baseball, the SAT, sales contests and Linux. How before da Vinci and FedEx were innovators, first, they were great competitors.

Olympians carry Top Dog in their gym bags. It’s in briefcases of Wall Street traders and Madison Avenue madmen. Risk takers from Silicon Valley to Vegas race to implement its ideas, as educators debate it in halls of academia. Now see for yourself what this game-changing talk is all about. 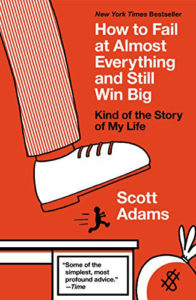 How to Fail at Almost Everything and Still Win Big: Kind of the Story of My Life
Author: Scott Adams
Released: Oct. 22, 2013

Scott Adams has likely failed at more things than anyone you’ve ever met or anyone you’ve even heard of. So how did he go from hapless office worker and serial failure to the creator of Dilbert, one of the world’s most famous syndicated comic strips? In How to Fail at Almost Everything and Still Win Big, Adams shares the game plan: invite failure in, embrace it, then pick its pocket.

As Adams explains, your best bet is to study the ways of others and try to glean some strategies that make sense for you. Adams shares how he turned one failure after another – including his corporate career, his inventions and his two restaurants – into something good and lasting. As he writes: “This is a story of one person’s unlikely success within the context of scores of embarrassing failures. Was my eventual success primarily a result of talent, luck, hard work, or an accidental just-right balance of each? All I know for sure is that I pursued a conscious strategy of managing my opportunities in a way that would make it easier for luck to find me.” 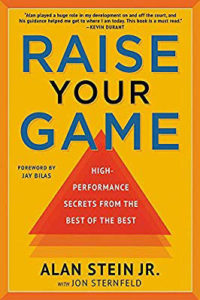 High achievers are at the top of their game because of the discipline they have during the unseen hours. They have made a commitment to establish, tweak and repeat positive habits in everything they do. Raise Your Game examines the top leaders in sports and business and proves that success is a result of the little things we do all the time.

The basic principles provided in Raise Your Game are simple, but not easy. We live in an instantly downloadable world that encourages us to skip steps. We are taught to chase what’s hot, flashy and sexy and ignore what’s basic. But, the basics work. They always have and they always will. Raise Your Game will inspire and empower you to commit to the fundamentals, create a winning mindset and progress into new levels of success.