Over 30 years ago, at a time when a new home in the US cost an average of $90,000 and many Americans were embracing “Hands Across America,” a small group of four entrepreneurs collaborated and – contributing $300 each – established a plastics manufacturing company in the middle of the Chequamegon-Nicolet National Forest. Nicolet Plastics Inc. (NPI), Mountain, Wisconsin, since has expanded beyond its initial $1,200 investment and one leased press to a 19-press, 42,000-square-foot production facility that focuses on complex industrial and medical components and assemblies. Throughout the years, the company has thrived by pursuing business endeavors and facilitating growth. More recently, Nicolet has set itself apart from the competition by centering its efforts on shrinking lead times and increasing customer satisfaction.

When the global financial crisis struck the country nearly a decade ago, the manufacturing sector did not escape its wrath. Nicolet leaders, aware of the ramifications of surrendering to the recession, realized they needed to act to reinforce the company. Bob Gafvert, business development manager, explained, “Nicolet knew we wouldn’t survive trying to be like the 5,000-plus other molders in the country at that time. We needed to do something different and approach our business in a new way that would further differentiate us from the herd of molders.”

Nicolet reviewed its business and found its complexity score was off the charts when benchmarked against other molders. “In 2010, Nicolet was scoring in the millions while other molders were at a score of 300,000,” Gafvert continued. “We knew our complexity was something we could exploit when the easy, high-volume parts were being sourced off shore.” Wanting to explore options in efficiency, the company contacted the University of Wisconsin-School of Engineering and Dr. Rajan Suri, the founder of the Center for Quick Response Manufacturing.

According to the website for the Center for Quick Response Manufacturing, QRM begins with an understanding that time is the most valuable resource in any enterprise. The QRM methodology was designed specifically for high-variety manufacturers of custom-engineered, low-volume products looking to reduce lead times – much like Nicolet. This companywide approach is geared toward reducing lead times in all phases of manufacturing and office operations and is not to be confused with lean manufacturing – a philosophy focused on eliminating waste for high-volume repetitive production manufacturers.

Rather than eliminating all variabilities in manufacturing processes, QRM focuses on the elimination of dysfunctional variabilities, such as organizational issues that can cause rework, and helps companies find and understand the potential competitive advantages in strategic variabilities. Examples include, “the ability to cope with unexpected changes in demand, a large selection of options for customers and offering custom-engineered products,” according to the website. These strategic variabilities can be huge competitive advantages for companies not interested in higher-volume work, while the elimination of dysfunctional variabilities can cut the longer lead times often associated with highly custom work.

Since Nicolet implemented QRM in 2010, business began to increase. “The marketplace is taking notice of our business model and responding positively to our strategy,” Gafvert said. QRM has allowed Nicolet to compete in the manufacturing arena and gain entry to new prospects. The company has seen significant improvements in quality, reductions in lead time and reduction of inventories. It also has increased profitability and brought products to market more rapidly. Specifically, Nicolet reported reduced lead times for QRM business by two weeks while also reducing setup and changeovers by multiple hours.

“Reducing customers’ time to market and launch of new products has been a continued success. When we help a customer reduce their product launch by weeks and months, we are finding that our commitment to QRM is playing a significant part in delivering and exceeding customer expectations,” Gafvert affirmed. “Whether it’s been on the front end with customer service and orders and acknowledgements or in the quick turnaround of quoting in engineering, we found opportunities for efficiencies in reducing the white space in all aspects of business.”

Presently, Nicolet is continuing its focus on reducing white space – the time a job is waiting between steps, when something is not physically being manufactured in the press – and the company is seeing success with the complexity and diversity of its customer base and their products. As Gafvert acknowledged, “The variability that we experience day in and out is strategic for us, and QRM supports that business model.”

Adopting the QRM approach companywide did come with a few obstacles. “It requires a paradigm shift in terms of manufacturing, such as letting go of certain lean principles, as well as a culture change across the board,” Gafvert added.

To be successful, QRM needs to be employed throughout the company, and it takes time to get everyone on board. As the company has expanded over the last five years, its new hires have had to learn the importance of using QRM and how to support Nicolet’s customers with it. Additionally, getting suppliers on board can pose a challenge. The company is working to educate its suppliers on the value of time and to convince them to adopt a QRM mindset. As Gafvert suggested, “We can’t wait days for a supplier to get back to us with pricing or availability on a material or assembly part because it slows down the process.”

As the company looks for ways to remain prominent in the manufacturing arena, it is “incredible” as Gafvert put it, to see where it all started. Nicolet marked its 30-year anniversary over a two-day period this past fall by offering plant tours and celebrating with its customers (current and prospective), suppliers and the surrounding community. “It was a great opportunity to get people from the area into the facility to see what we do, the level of automation and the opportunities that exist in manufacturing,” Gafvert articulated.

Looking ahead, NPI is expecting continued growth at the facility and through expansion of its customer base. The ability to cope with unexpected changes in demand and its success in providing custom-engineered product in low to moderate volumes has been – and will continue to be – the cornerstone for Nicolet’s progress. “Our plan is to spend another 30 years in our community,” Gafvert asserted as he discussed his enthusiasm for developing the next generation of production, master molders, engineers and customer service staff. He concluded, “Nicolet will continue to focus on driving value to customers who see the opportunity in a relationship with us based on overall value and partnership.” 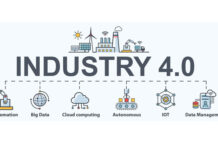