Sepro America, LLC, has moved to a new building that is nearly twice the size of its previous space. The move was prompted, according to Jim Healy, vice president, sales and marketing, by the recent double-digit growth of the company and the desire to provide customers with enhanced capabilities in training and application development.

The new building is located in Warrendale, PA, a little more than 10 miles from their previous location in Emsworth. Both cities are suburbs of Pittsburgh. At its former location, Sepro America had a total of 9150 sq. ft, while the new building is 16,500 sq. ft. and includes a large workshop area, which encompasses assembly, testing and warehouse space. Office space has doubled in size to 6700 sq. ft., and there is an 800 sq. ft. training room with 18′ ceilings to accommodate large robots.

Healy said 2013 set an all-time record in sales for the year, with orders outpacing 2012 by some 34 percent over 2012 and double 2011 sales. In the last 5 years, North America has gone from being Sepros No. 3 global market to the No. 1 position, accounting for almost a quarter of company sales. Healy attributed a large portion of this growth to the West Coast, where 2013 sales levels were three times the previous year, which is when Sepro named Paul Rudzinski as regional sales manager there.

In addition to wider sales coverage, which also includes appointment of Lorne Burke as east-coast regional sales manager, Healy points to an expanded product line, close ties with many injection-molding machine OEMs and a higher overall profile in the market as the drivers behind the recent growth. 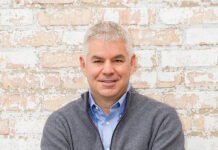 New Simulation Support Application Released for The Hub by RJG