Mounting consumer pressure and legislation, such as plastic bag bans and global warming initiatives, will increase demand for biodegradable polymers in North America, Europe and Asia by nearly 15 percent during a five-year period ending in 2017, according to an IHS Chemical global market research report. Demand is expected to reach nearly 525 thousand metric tons (KMT) from the current 269 KMT during that time frame.

In terms of biodegradable polymer end-uses, it is estimated that food packaging (including fast-food and beverage containers), dishes and cutlery markets are the major growth drivers. In both North America and Europe, these markets account for the largest uses and strong, double-digit growth is expected in the next several years. Foam packaging once dominated the market and continues to represent significant market share for biodegradable polymers. Compostable bags, as well as single-use carrier plastic bags, follow foam packaging in terms of volume.

The report also noted that biodegradable polymers offer expanding uses for biomedical applications. Another developing use for biodegradable polymers is in the shale gas industry, where they are used during hydro-fracking as more environmentally friendly proppants to prop open fractures in rock layers so oil and gas can be released.

In 2012, Europe was the dominant market for biodegradable polymers consuming 147 KMT or about 55 percent of world consumption; North America accounted for 29 percent and Asia approximately 16 percent. Landfill waste disposal and stringent legislation are key market drivers in Europe.

The most acceptable disposal method for biodegradable polymers is composting. However, composting requires an infrastructure, including collection systems and composting facilities. Composting has been a growing component of most European countries municipal solid waste management strategies for some time, and the continent has an established and growing network of facilities, while the US network of composting facilities is smaller, but expanding.

North American consumption of biodegradable polymers has grown significantly in recent years, according to the IHS report, primarily due to the following factors: biodegradable polymers have become more cost competitive with petroleum-based products, and there has been growing support at the local, state and federal levels for these products. In addition, there has been progress in addressing issues relative to solid waste disposal, such as improving composting infrastructure. 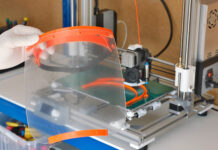 Molding the Market: The Future of Medical Resins

Polymer Conversions is Now Part of the Medbio Family of Companies